The First Day Was Great, The Second Day Reality Hit 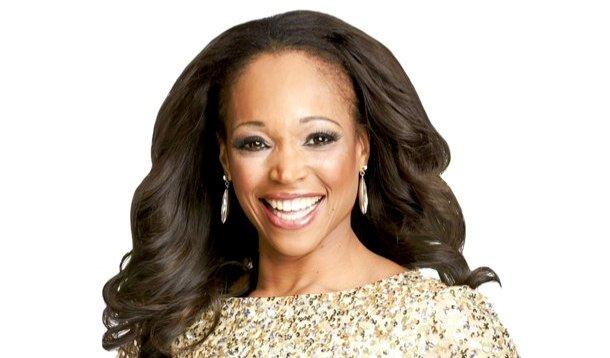 The interview was supposed to start at 3:00 on a Thursday afternoon.

Tracy Moore was rushing home from her new job as the much anticipated host of Cityline to call me. I was racing home from a meeting which had run late, and I was desperate not to miss her call. She was late. So was I.

The phone rang at 3:14, and I rushed in the front door and answered her call. It was the perfect beginning to a conversation between two working moms who love what they do, but do too much.

Tracy Moore’s life could not be any busier. Eight months ago she gave birth to baby Sidney, and then while still adjusting to life as a new mom, she was invited to audition to replace Marilyn Denis as the host of the Citytv daily talk show. Already much beloved by Citytv viewers for her daily dose of lifestyle interviews and down-to-earth persona on Breakfast Television, Tracy was at the top of the list to front Cityline.

What the producers of the show didn’t know was Tracy had been struggling with her new reality as Sidney’s mother. Call it the baby blues or post partum depression, Tracy had it bad. Like so many of us, she had read all the parenting books and was genuinely looking forward to taking care of a baby with her husband. But the day to day toll of taking care of a baby hit Tracy like a ton of bricks.

I don’t know how she pulled it together. 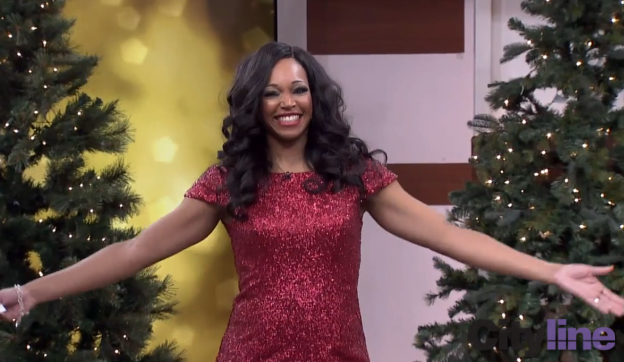 But somehow, with the help and support of her husband Lio, Tracy sparkled on her week of auditions, became an audience favorite, and was crowned queen of daytime talk TV when she was chosen as the new host of Cityline.

At the time we spoke, she had been on the job less than a month, but word on the street was the producers got it right. After chatting with her for forty minutes, I would have to concur.

Tracy tells it like it is, and rather than play the “I love my son so much, life is great and I’m enjoying my new job” game, Tracy immediately confessed to the many challenges she’s encountered in the last eight months, starting with her first day home with baby Sidney.

The first day was fantastic,” she tells me. “The second night it hit me like a ton of bricks. He was cluster feeding and I was up every 45 minutes to feed him.  I couldn’t talk in the morning. I was crying constantly. By the third day my husband concluded something was wrong. The depression didn’t leave me for a month. I was feeling guilty that I wasn’t having the same experience everyone else was having. Becoming a mother has been the hardest thing I’ve ever done in my life.”

Tracy believe part of the problem was that no one prepared her for what it’s really like to care for a baby. 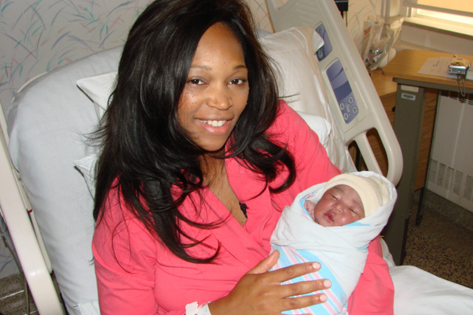 “I imagined this scene where me and my baby would be really happy, cuddling on a bed with fuzzy blankets. The reality is I felt empty and drained. I didn’t know who I was.”

At this point Tracy gets a little choked up, and I wait for her continue.

“Whew, sorry about that. I still feel kinda raw about all this.”

I tell her not to apologize; it’s refreshing to hear someone in the public eye tell the truth about motherhood.

“That’s why I feel it’s my duty to warn everybody how hard becoming a new mom is.”

After three months Tracy started settling into the daily life of a mother. But then Just as her routine started to normalize, her life was turned upside again when she was asked to audition for Cityline.

Then husband Lio steps up to the plate, making the bold choice to become a stay-at-home dad. He told Tracy to “be herself” in the auditions, and his advice works. Tracy lands the job and Lio is now home full time with Sidney.

“I usually leave work by 2 pm. I’m home by 3. We do the hand-off then. First I have to change my clothes, take off my makeup and then Sidney’s all mine. After supper Daddy gives him a bath, I give him a bottle and he’s asleep by 7:30.”

Best advice Tracy has for other new moms?  “Don’t read any parenting books. I read so many of them about sleep training, breast feeding , I tortured myself. These books constantly make me feel like a bad parent by telling you want you’re doing wrong. At the end of the day, you’re going to have to find out what works for you.”

Before I let her go back to Sidney who’s wailing for her in the background, I ask Tracy how she was planning to find balance between being a mom and a busy TV host.

“I know there’s no way you can have it all” she replies. “It never equals out. Some days you’re winning, others you’re losing. As long as I’m having fun on the show, being myself and being good to the audience, that’s good enough for me.”

We say our final goodbyes and wrap up the interview. Our kids are waiting for us to get off the phone and pay attention to them. Just another busy day in a couple of working mothers’ lives. 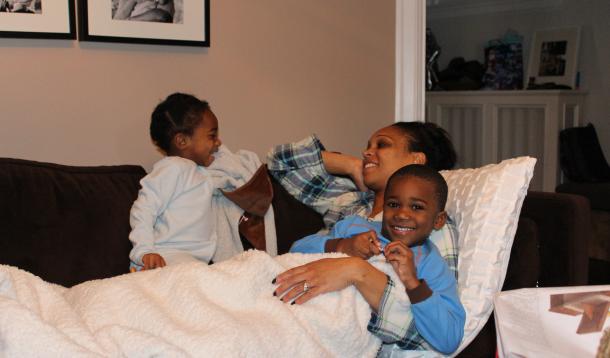