Moms: Get out from behind the camera and capture your essence 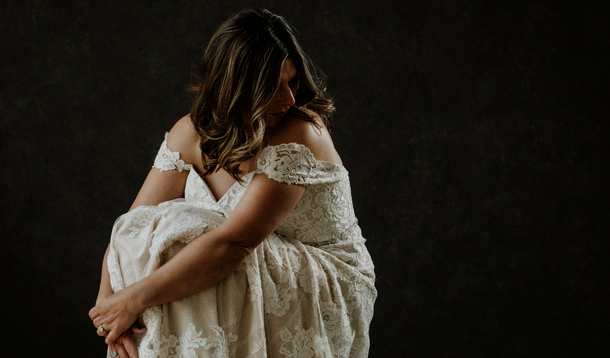 Looking at my camera roll, you’d think I was making a documentary on the incredible adventures of my husband and children. On weekend walks and even at bedtime I snap photos of them playing, reading, holding hands and laughing. I usually manage to get a few with great backgrounds, good lighting and everyone’s best angles. If I’m in a photo, it’s generally an unflattering selfie or half my face covered by someone’s hair but that’s ok. The memory is captured. I don’t need to look good in the few pictures I’m in. It’s really about the kids.

When I won a boudoir photo shoot at a women’s event, I was curious but not overly enthused. Not because of the boudoir part necessarily, mainly because I didn’t think I needed photos of myself. I have a full-length mirror; I know what I look like. When I made contact to get details on my prize the photographer quickly clarified she doesn’t like to call them boudoir shoots. She calls them intimate portrait experiences and explained that it’s more than just beautiful portraits. It’s about showing up as yourself, owning the space you occupy and empowering yourself. She said most of her clients are taking photos not for a partner but for themselves, celebrating themselves in some way. Beating breast cancer, turning 50, or marking a career or personal milestone, are what her clients are honouring over Valentine's Day or a wedding anniversary.

As we chatted, I shared that the last time a photo shoot had been about me and not my children was my wedding day. I said I was surprised when I received my wedding album at how few photos I was in. I made it into some stiff, standard hotel shots where my husband and I looked like we were entering into an arranged marriage but there were few of me smiling. The photographer and I decided I’d bring my wedding dress to the shoot, still in its dry-cleaning plastic from six years earlier.

Since having my two kids, we've done a number of family photo shoots, but the focus was on the kids. My husband and I fake laugh and gaze at our children like they’re not driving us crazy asking for the treats we’ve promised on the drive home. Many of the winning shots don’t even show our full faces, but the kids are glowing. These photos are grandparents' Christmas presents, they’re for the frame in our living room. They’re to show how much the kids have grown since the last round of photos.

I did my photo shoot on my 39th birthday. I was met at the studio with cake, music, a hair and makeup artist and a very high energy photographer. I felt nervous, excited and so strange, guilty almost, taking time for such frivolity. Knowing this shoot was of me, about me, for me and nothing to do with my family was uncomfortable. I grappled with the fact I was going to spend money on these photos that were possibly going to live in my drawer so I could look at them when I’m 60 and think how good I looked at 39. 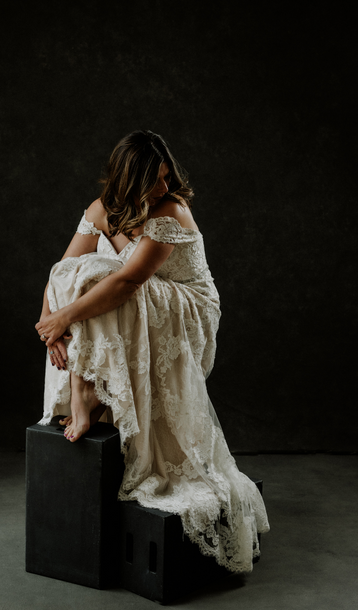 The shoot itself was fun. I put on the wedding dress and we left it untied, off the shoulders, messy – the opposite of my wedding day. We played music, ate cake and laughed as I balanced myself on a stool. I did photos in jeans and a jacket, possible headshots for my consulting business, a favourite dress and then a few with nothing but a sheer robe. 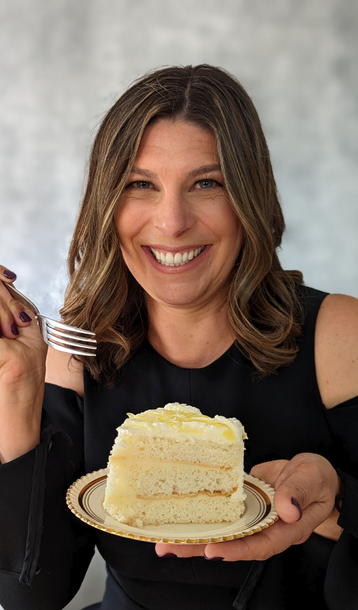 Nothing about stripping down to my underwear and prancing around a studio in a sheer robe felt uncomfortable at that point. I felt as empowered as the photographer said I would. I felt sexy. I felt proud of my 39-year-old squishy body that had two c-sections, has run half marathons but then spent the last few years lugging children around, not prioritizing herself. I was posing, smiling, dancing and throwing my head back for the camera, yes, but for no one but me. A strange but delicious feeling made sweeter by the cake. 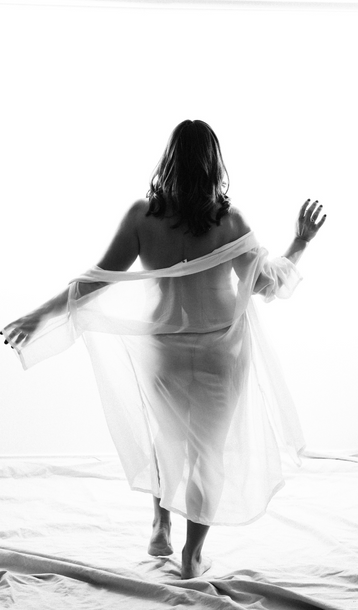 I felt like a rockstar driving home. I felt like I had a secret. I went straight to my son’s school to pick him up. He said nothing about my professionally done hair and makeup and launched into a story about a hole that filled with water on the school playground. In an instant, it wasn’t about me anymore.

When I saw the photo proofs, I was surprised. There I was looking nothing like a mom and a lot like a woman. In some photos I couldn’t believe it was me. It was uncomfortable spending money on photos of myself (I won the shoot not the photos) knowing I had little intention of sharing. I’m so glad I decided I was worth it. This shoot captured me as I was that day and in this season of life and motherhood. Tired, nervous, excited but inspired, hopeful even. I’m so grateful to have these memories and to have photos of me, without anyone else.

I vowed that day to get in more photos. Without hair and makeup of course but to capture me in the moments, messy and real. That was a few months ago and I haven’t been in many yet, I’m a work in progress. It’s hard to interrupt that perfect playground moment with my husband and the kids to ask someone else to take the photo. I love knowing the pictures of my intimate portrait, not boudoir, session are tucked away. That any time I want, I can open the drawer and go back to the day it was all about me for a few hours. The photos aren’t on display in my house, there’s no room amongst all the family photos but I think one day they will be. Later on, when my house is quiet, I will want to remember myself in this busy season.

Every mom deserves the chance to get their hair and makeup done and play dress up in front of a professional photographer. It feels selfish but so satisfying. If a full photo shoot isn’t on the cards right now, do yourself a favour and take some selfies. Even if you never post or share the photos, the moment is captured, as you are. There will be something special about looking back at pictures and seeing beauty then that you can’t see now.