That Envy You Feel? Use It To Motivate You

It's Okay To Want More 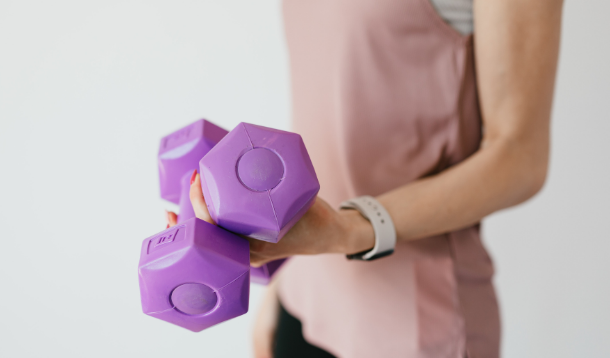 Two years ago my youngest started pre-primary and I entered that glorious stage in life I had been waiting for — a full six hours with both of my boys in school. A full six hours to do as I pleased. Without anyone asking me for snacks or to play yet another round of UNO or throwing a tantrum because they were bored. I spent a lot of those first days twiddling my thumbs. Sure, it’s what I had wanted, but I also don’t do so well with unstructured time. I wasn’t too unlike my four-year-old, throwing tantrums because I didn’t know what to do with myself.

Then, one day, I came across one of Aesop’s stories that propelled me into action. The story is about a very hungry fox who finds a delicious looking bunch of grapes hanging from a vine. So beautiful are these grapes that they make his mouth water immediately. The only thing is, they are too high for him to reach. He tries to jump, again and again, but only in vain. And so he gives up. He looks at the grapes and decides they don't look so great after all and walks away bitterly.

Ugh, that fox was me. I saw how many times I walked away from desires because they seemed too far out of my reach. I would tell myself those things weren’t worth having, or, even more sadly, that those things weren’t for me. They were for those “other” people (you know, the smarter, prettier, more deserving and ambitious ones).

Virginia Woolf wrote in her journal one day, "Never pretend that the things you haven't got are not worth having.” And I wrote these same words down in mine. What did I want? Who did I envy?

A memory: I’m sitting on my living room couch while my boys race their toy cars around the coffee table. A woman jogs by outside and I watch her closely. Her arms and legs and back are strong, I can see the muscle as she moves. I’m staring at her with a deep sense of longing. I don’t just see a fit woman, I see dedication and endurance and perseverance. I see a woman who works hard at something. I wanted to be a woman who worked hard at something. As she disappears from my view I ask myself, why couldn’t I be that woman too?

The next Monday morning after I drop the boys off at school, I head to the women’s-only gym down the road from my house to meet with a trainer. “What are your goals?” she asks me as we sit in her tiny office. I tell her that after having a couple of kids everything on my body jiggles and I want it to jiggle a little less. She has me step onto a fancy scale that measures all sorts of things and nods in agreement, “Your muscle mass is very low.” She guides me around the gym for the next hour and I follow along timidly, learning how to do bicep curls and squats and attempting push-ups but barely succeeding. She carries a clipboard with her and writes everything down, and I keep this sheet of paper with me for the next month of workouts until I start to memorize the routine.

I doubt myself at every turn. I feel weak and out of place around these women who move effortlessly and confidently from one machine to the next. I curl the five-pound dumbbells while the lady beside me curls the twenties. I watch in awe as one women bench presses a barbell stacked with the big plates.

But their dedication motivates me. I don’t scold myself for envying their strength, I merely see it as confirmation that this is what I need to do. I envied the strong ones because I wanted to be a strong one.

Envy. It’s one of those emotions we chastise ourselves for. We push the feeling down, tell ourselves it’s a negative way to think, that we should be happy with who we are, what we have, the life we’re living. Wanting is bad. Shame on us for not being content and satisfied.

On the other hand, there’s what author Glennon Doyle Melton has to say about envy: “We’re only envious of those already doing what we were made to do. Envy is a giant flashing arrow pointing us towards our destiny.”

What else was my envy trying to show me? Even though I had pursued teaching as a career for as long as I could remember, it wasn’t the teachers I envied. I was in awe of them, yes, but it was the writers who filled me with envy. I wanted to be them, to do what they did. But there was that voice in my head again, “Nope, not for you.”

Now, I’m trying to take Woolf’s words to heart. Maybe it’s worth putting in the effort, doing scary things, and actually believing in yourself, to go after the things that ignite your soul.

Two years later I can proudly say I’m now curling the twenties, and I’m no longer teaching but pursuing writing instead. As my essays receive positive feedback, and some are published, it’s a reminder that this is the path I want more than anything else, and I’m not going to fool myself anymore by pretending it’s not.

Andrea is a freelance writer in Halifax, NS. Her writing has been featured in Today’s Parent, She Does the City, and Our Children magazine. Before deciding to pursue writing full-time, Andrea received her BEd and worked as an elementary school teacher. When she’s not writing, she can be found wandering through nature, journalling at a coffee shop, or hanging out at home with her husband and their two boys. Usually, she’s eating chocolate. You can connect with Andrea on Instagram.