Sometimes It IS a Zebra

For months we thought it was just a toothache 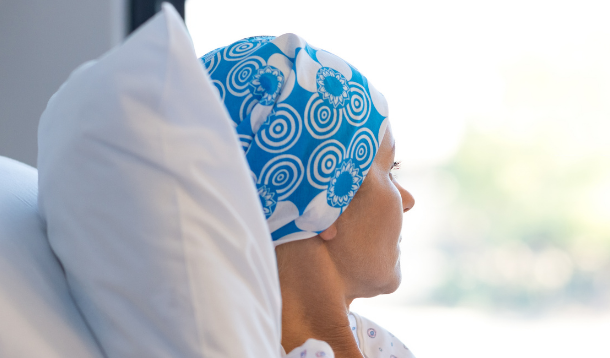 On April 26th of this year, I did one of the worst things any parent has ever done to their children. I sat the three of them (Adelaide 17, Millicent 15 and Walter 11) down in the family room and told them I have cancer. I put a lot of thought into the words I was going to use but still, it didn’t change the fact that this was an agonizing moment for me, maybe my worst moment ever.

My husband and I had found out earlier that day from a specialist the ER had referred me to only a couple of weeks prior. I had been suffering for months with what both my family doctor and dentist told me was a toothache. I went through round after round of antibiotics; I had x-rays; I even had a root canal performed. But nothing relieved the pain and swelling occurring in my right cheek and ear.

At my wit’s end, I went to my local ER on Good Friday and finally I was set upon the path toward diagnosis (a neuroendocrine tumour in my salivary gland) and proper treatment (radiation and chemo). But how to tell the kids without scaring them; without destroying their bubble of safety; without forever changing their childhood? Was it even possible?

When I got home from the doctor’s office, the kids and I took the dog for a walk around the neighbourhood. I was in a daze. The kids chattered while my mind raced trying to figure out some magical combination of words that would soften this blow. Words that wouldn’t lie or hide the truth but that would also somehow offer comfort and support. My mind drew a blank.

We ate dinner and then my husband and I called them into the family room. I didn’t want to tell them right before bed so I figured I’d tell them now – and then we would watch a movie as a family – something light and funny.

“Listen,” I told them. “We know that this growth isn’t good and we know that it has to come out. Well, now we also know that it’s cancer.”

Adelaide sat frozen on the couch, her face like stone. She is a typical teenager, one who holds her true feelings and emotions deep inside only to have them seep out later in angry outbursts. Millie started crying. I reached out to hold her hand so she didn’t feel alone. And Walter, my youngest, perched on the edge of the couch, hands between his knees was silent and as pale as a sheet.

I struggled to keep my voice even and tear-free as I continued: “It’s okay to be upset and scared. But the doctors have a plan for me and we’re going to follow it. And they think I’m going to be fine. I’m going to have surgery and radiation. And fingers crossed that will be that.”

I let them know this wasn’t a secret and encouraged them to reach out to their friends for support, which they did soon after. Only an hour later I was receiving messages of support from their friends’ parents.

Later on that night, after the movie, I went into Walter’s bedroom to say good night. He was reading a book which he lowered when I walked in.

My heart broke. These kids have had such a crap year with COVID and now my son was worried about his mother having cancer and maybe dying. I tapped a few food pellets into his frog aquarium while my mind whirled to come up with a satisfactory response, something that wouldn’t downplay his concerns but still soothe his mind.

The doctor actually paused after listing the surgical plans and glanced over to make sure I was okay. Based on my calm silence, he assumed I wasn’t hearing what he was saying – maybe that I was in shock. I assured him I wasn’t in shock, that I was hearing what he was saying. I was resigned to everything. It was going to happen whether I wanted it to or not and it was hopefully going to save my life.

I’m not a hero. I’m not extraordinarily courageous. I’m not a warrior woman. I just honestly don’t have the energy to shed tears if they are not going to help my situation in any way.

On the way home, I decided we would just tell the kids about the surgery as they asked – we wouldn’t gather them the way we did when first informing them that the growth in my cheek was cancerous. I wanted to reinforce the idea to them that the surgery was absolutely necessary and all the after-effects would be dealt with through reparative surgery and physio down the road.

Later that evening, Adelaide shut herself in her room and curled up in bed. I went to check on her. She was crying and didn’t know why. But I knew why. She was thinking about the damage to my face and connecting it to her own 17-year-old ideas of what a face means in terms of beauty and self-worth. She has no idea what goes through the mind of a 47-year-old mother of three who will be grateful to see her children into adulthood. And why should she?

I worried about her – and about the other two. Just because they weren’t curled up in their beds bawling their eyes out didn’t mean they weren’t terrified and heartbroken.

My surgery date was approaching and while I knew my husband would care for our kids while I was in hospital – ensuring they were fed and looked after and quell their fears the best he could – I also knew that he had to work every day while also dealing with his own fears.

I phoned a counselling service and got zoom calls booked for the entire family (without me) so that while I was recovering, I could rest knowing they would be talking to a professional about their worries and concerns.

My surgery was a success. It was supposed to take 8 hours – it took 14. Three surgeons attended and while I lost my right ear, some facial nerves, lots of tissue and some lymph nodes, I also had a lot of wins. For one, they saved my jaw joint. Which means I can still chew; still eat like a normal person. They rejigged a muscle from my left side to allow me to open my right eye and sewed a gold weight into my eyelid to help me with closing it. They even managed to save some of the nerves around my mouth – though you wouldn’t know it to look at me. “Like pulling hairs out of jello” my doctor commented to me. The nerves are currently so traumatized that it may take between three to nine months for me to regain feeling.

On the day of my homecoming, my husband picked me up at the hospital as soon as I had the okay to leave. I cleaned up the best I could with a washcloth and bar of soap. I donned my clean going home clothes. I smoothed down the left side of my hair and did what I could to the tender right side though my scalp was riddled with stitches and staples and my hair was caked with dried blood and iodine. My right eye was blackened and sealed shut; my right cheek was currently a pale waxy patch stitched to my face; my right ear reattached as pure decoration was the height of irony considering how grotesque it appeared; my neck a map of scars and scabbed over holes; my left thigh sported a long oozing incision held tight with 35 staples. But I survived and I was going home.

I limped through the front door and as the kids bolted from their various recesses to greet me, I covered the right side of my face with my hands.

“Are you guys ready to see this?” I asked.
They stood in front of me quietly – probably afraid to answer.
I removed my hands slowly. “Ta-da.”
Millicent cringed: “Ugh.” Then she hugged and kissed me and said she was happy I was home.
Walter hugged me: “It’s fine, mom. Not as bad as I expected.”

With the other two gone back to their rooms and online school, only Adelaide lingered behind.

When I look in the mirror I don’t see the face I’ve come to expect, the one I’m familiar with. This new face is scarred, it has a wonky eye and a wonky ear and a patchwork cheek. If I’m completely honest with myself, the truth is that I was and still am a little sad.

Tanya Kuzmanovic is a perpetually frazzled writer/mother/movie lover who enjoys doing laundry, cleaning the house, and driving kids around in her spare time. Though cancer has temporarily knocked her for a loop, she will be back at it in no time. You can read more of Tanya's writing and follow her story at: http://pencilsandpopcans.com/