How a Teacher’s Ridicule Helped Form How I Parent

Teaching Our Kids That words Matter 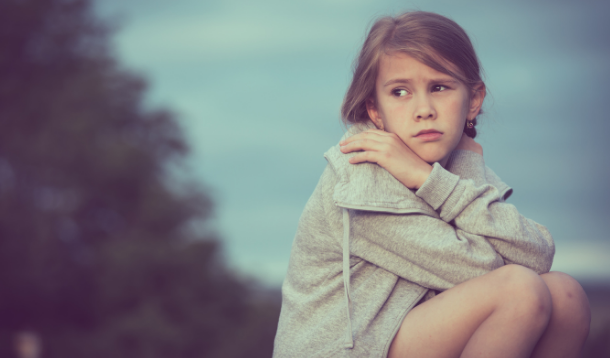 The year was 1976. But don’t let the time machine of another generation fool you into thinking that what I’m about to share isn’t relevant today. It is.

I was in grade six French class, and we had just finished reading a story about a little boy who was always eating cookies and, as a result, *bear with me as I say something completely inappropriate*, he was FAT. Forgive me. This is part of my point.

“Qui est grosse dans la class?”  she asked. (Who in the class is fat?)

My classmates’ sing-song response made my ears bleed. “Leeeeenaaaa!”

“Qui est maigre dans la class?” The teacher’s follow-up question. (Who in the class is skinny?)

Lena and I sat there with our heads down, ashamed, wishing the floor would open up and swallow us whole.

There are so many things wrong with this scenario. Reading a story about a kid that only eats cookies. (Where were his parents???) Learning that he’s overweight because of it. (Overweight? Seriously? What about his HEALTH???)

The body-shaming had begun.

That same day Lena and I huddled in a corner of the schoolyard at recess hoping not to be noticed by our classmates. We desperately wanted to be invisible. Embarrassed and ashamed, we just wanted the day to end so that we wouldn’t have to listen to another snide remark about how “fat” and “skinny” we were. That day marked me.

Part of me wants to give credit to the teacher. Or at least the benefit of the doubt. She took the opportunity to “teach” us something. By having our classmates shout out who was skinny and who was fat, she demonstrated the difference between “grosse” and “maigre” two French words that have since come in so handy throughout my life. *insert eye roll*

The other part of me wants to scream, WHAT WAS SHE THINKING??? She publicly ridiculed us and invited our friends to join in on the fun!

Fast-forward to several years later. I am now a mother.

Perhaps the positive spin here is the impact this incident had on my parenting style. I’m not going to pretend to be a “perfect” parent. As we know, our children do not come with manuals. We learn as we go and every age – every stage of their development – is a learning curve.

But I believe that there’s one thing I do right and that is I try to think before I speak. What I learned on that day in 1976 was that our words matter. And not just our words as parents to our children, but also their words to each other. Being critical of someone’s appearance is a value I’ve flipped around, teaching them to be accepting of others; that you don’t judge a book by its cover, and you definitely do not ever ridicule someone for how they look.

As parents, acceptance of others begins at home and is a value that when instilled in our children affects not only their lives but the people IN their lives as well.

As a parent, I may not have done everything right. But looking at the bigger picture, I got this one thing right. So perhaps I should be thankful to Madame I-Don’t-Remember-Her-Name. By publicly ridiculing us, she taught me I would never want to do the same to someone else: a value that I have now also instilled in my children.

She taught me that words matter and the ripple effect can expand outwards for generations.