How Trying To Adopt A Baby Is A Lot Like Dating

You Start To Feel Like Something Is Wrong With You 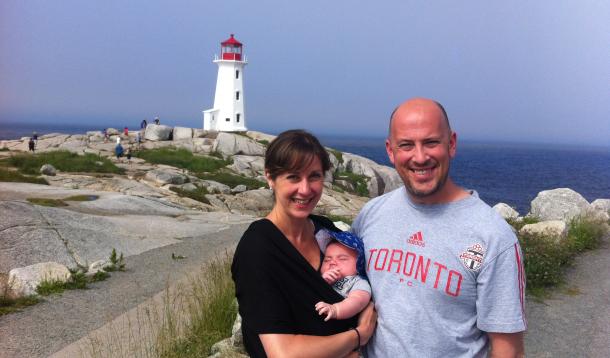 “Please, please, please let us get picked”, is what I wrote in my journal on February 21, 2013.  My husband and I had just met with a pregnant couple looking for someone to adopt their baby and after a great first meeting, we entered the dreaded waiting period.  Not unlike the waiting period after a great first date when you're waiting for the guy to ask you out again.  You know the time when you replay the whole first date conversation in your head over and over again and come up with all the clever responses you wish you’d said.

When I got married, I thought my days of dating and heartbreak were over. I was wrong.  After a few years of trying to conceive and unexplained infertility, my husband and I turned to adoption and now had to “date” prospective birth parents that were looking for a family to adopt their child.   While the end goal was different - becoming a parent versus finding a mate - the process was surprisingly similar, especially when it comes to online dating. I wrote a compelling profile, gathered some of our best pictures and put us out into the world.  Then similar to dating, we waited to be contacted which meant refreshing our email every few minutes and overanalyzing our posted profile.

Then it happened.  An email came in.  We were going to meet a couple.  Happy tears filled my eyes.  I tried on ten shirts – I mean, my shirt had to say I'm fun, yet responsible, loving but not a pushover.  I practiced my smile in the mirror and reminded my husband of what we (ok he) shouldn't say in the meeting so we didn’t offend them.  My stomach was in knots and I ran to the bathroom a lot.  I was nervous I would have armpit stains and that my hand would be gross to shake.  This was one of the most important first impressions of my life.  Like dating, the chemistry is either there or it’s not, but I also didn't want to royally mess up the meeting.  We arrived at the restaurant early and waited.  They arrived, were a lovely couple and we all eased into the conversation.  Our dinner went really well.  We felt the chemistry.  At the end of the night, they let us know they’d be in touch soon.

On the way home it hit me just how heartbreaking and messed up it is that the only way we could become parents is for another parent to lose her child.  Adoption is tied to loss.

February 21st, 2013 was the last journal entry I wrote about meeting birth parents.  The couple decided against adoption.  It felt wrong to be so devastated.

Four times we came in as runner ups and twice the birth parents decided against adoption.  My heart ached.  And just like not getting a second date six times, you start to feel like something is wrong with you.  Was it something we said?  The way we look?  Our values?

On April 9th, 2013, less than two months later, my husband called me while I was at a concert. Through the noise, I heard him say a couple had chosen us to adopt their baby that was due April 22nd.  We had finally been chosen.  We were ecstatic!  The birth couple saw our profile book through their adoption agency and immediately felt drawn to us.  They loved our east coast and small-town roots, a love for family, and my husband’s knee surgery for a torn ACL which the birth dad had also experienced.   We were set to meet them on April 14th, but the birth mom went into early labour.  Everything was up in the air and the birth parents could still decide against adoption.  We waited, impatiently.

A day later, the phone rang.  Could we go meet the birth parents and their families at the hospital?  I put on my "perfect" shirt and we hopped in the car to drive from Toronto to London.  Two hours of agonizing feelings of excitement, nervousness, and dread ran through my body.   We were going to be meeting 12 people at the hospital.   It had moved from dating to a panel interview.  As soon as we entered the room to meet the birth families, it kind of was love at first sight.  The conversation flowed and we even had some laughs.  Then we met our son in the most beautiful, yet heartbreaking moment of my life.  As I held him for the first time, the pain on the birth parents' face showed how this was the hardest and most selfless decision they would ever make in their life. Their love and strength made our dream of becoming parents true and I'm so thankful that we have an ongoing open relationship with all of them to this day.

The dating and heartbreak were worth it.

Shannon Talbot is a mom of two incredible boys through adoption, ages 5 and 7, wife of a great man for 12 years and counting, a working professional in the advertising world by day and Health Coach by night (and weekends). Shannon loves spending time with family and friends and is extremely passionate about traveling, kitchen dance parties, reading, writing, and personal development.  You can find her blog and Health Coach Services at pathtopresence.ca.