It's High Time that "Fat" Became a Neutral Adjective 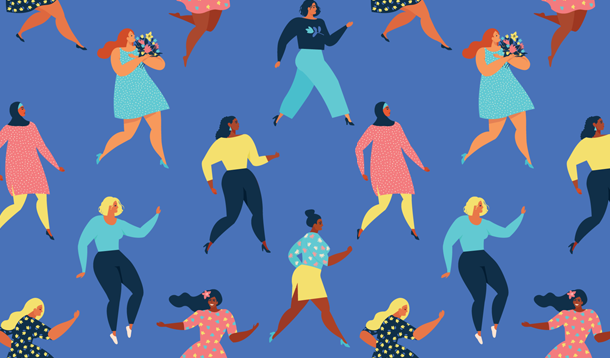 Twice last month, I was called fat as an insult out of the blue by grown adults. I had to check my surroundings to see if I had suddenly time-travelled back to kindergarten. I thought we were having a grown-up conversation, but the, “Oh yeah, well, you’re fat” comments gave me pause.

I probably shouldn’t have been surprised. I was fat when I was eight, I’m fat now at thirty-eight, and, if anything, people have become more jerk-ish as I’ve grown up, not less. Certainly fat-phobia is alive and well among adults. you need only check the comments section of anything that features a picture of a person over size ten to see that. But it had been a while since someone had outright tried to use my body as a direct insult - particularly in a discussion that had nothing to do with weight or health.

It does seem like a lot of people feel it is okay to use fat as an insult when discussing someone they don’t like, even if they proclaim to be body-positive otherwise.

Take Trump’s physical for example. I’ve seen countless comments from “open-minded” people commenting on the president’s overweight body, justifying it by saying that he is a terrible person deserving of criticism. While I agree with the last part, he is a terrible person and he does deserve criticism, fat-shaming him isn’t the way to go about it. Fat-shaming one person because you dislike them has a ripple effect and sends the message to innocent fat people that you feel they are disgusting.

Here is the thing about the word “fat,” though. It isn’t an insult. It is an adjective. Calling me fat doesn’t really have the desired effect on me. I’ll let you in on a little secret – I know I’m fat. Telling me I’m fat has no more of an impact on me than telling me I’m brunette. Yeah, I know, I’m glad you are able to spot the obvious. Why would I be insulted or hurt by being told that I am something that I am?

The word fat is simply a descriptor of my body type. It gives no information about my value as a human being. If I tell you my eyes are green, or my shoe size is eight, does that tell you anything about what kind of person I am? No, it doesn’t. So why would being fat give any weight, or take anything from, my worth, my opinions, or the argument I am making on any subject?

We are so afraid to use the word fat because, for so long, it has been synonymous with an insult. We did it to ourselves. “OMG, I’m so fat.” “Does this make my butt look fat?” We use fat with negative qualifiers so often that fat has taken on a negative tone – but it’s not negative. It is just an adjective.

Sometimes, we try to soften the word. We have plus-sized clothing for example. Plus-sized clothing is more insulting to me than the word “fat.” Why? Because I’m not plus-sized. I am a size like everyone else. Plus-sized implies that there are regular people, and then is us. We are relegated to our own section with a label, away from the “normal” sized people. There is no need for “plus-sized.” If you must separate by sizes to make logistics easier, than simply give the size range for the section, don’t other people by creating “regular” and “plus-sized” people labels.

“Fat” is a different story. Fat is a variation. It is a body type that sits equally with other body types like “thin” or “muscular." It’s part of a spectrum, not sectioned off. Calling me fat does not insult me, it describes me.

We need to do the work to remove the negative association with “fat.” There are plenty of qualifiers that often go with fat that do insult me. I am fat, and that is fine. I am not gross. I am not ugly. I am not lazy, gluttonous, or stupid either, despite the fact that these words are often used before the word “fat” to describe me and people who look like me. I refuse to conflate those words. I refuse to attach those words to my identity.

Criticize my words. Criticize my argument. Criticize me however you want to. But if you call me fat to rattle me or hurt me, you will simply confuse me as to why you are bringing a random adjective into our disagreement. Be careful – I might just have to call you blue-eyed in return. That’ll show you.