The Deal-breaker I Won't Let Break Up my Relationship 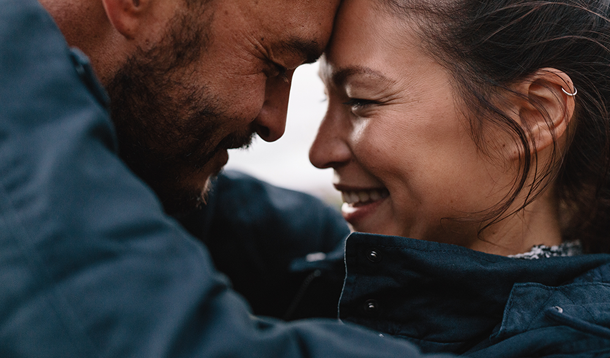 What started out as a joke had turned into a tear-stained argument that left me completely reeling. Standing in our kitchen, my partner looked at me and said aloud: Are we going to break up because I don’t want to have kids? Unnerved, I answered “I don’t know,” but I knew.

We wouldn’t break up.

Earlier in the evening, a couple had walked past with an adorable dog. I looked at my partner and asked if we could get a dog and, when he said no, playfully joked “let’s have a baby!” As the night went on, I’d joked about it a few more times - I still do, sometimes - and it escalated into an argument that felt like the end.

But at the end of the day, if we never have a baby together, that’s fine with me.

Before you rush to the comments section to weigh in, slow your roll, because I’ve heard it all before. The resentment and the bitterness. The regret. I know. I’ve heard it. I’ve considered it. I’ve spent long nights staring at the darkness but after this fight, I awoke with much-needed clarity. I’ve also had lots of dialogue with my partner.

The desire to have kids - or not - has been a deal breaker in enough of my friends’ and family members relationships that I’m acutely aware of the way it brakes people up. I’ve heard older colleagues tell me that not having kids turned out to be their biggest regret and, in the same breath, share that the words made them feel disloyal to their spouse who didn’t want children.

Almost a decade into parenting, I could easily use the fact that I have a child with my ex-husband as reason enough. But that’s not it - though, to stave off the “when are you having kids?” questions we often get, I tend to reply that we already have one and we love him very much.

If my partner looked at me tomorrow and said he wanted kids, that would be cool. He’s an outstanding stepfather to my son and an incredible human. Having a family with him is, and would be amazing. But I’m also happy if he doesn’t ever decide that he wants us to add another child to our lives for a long list of reasons.

Having a baby won’t make my relationship better.

Our relationship is great. We have fun together, we love eachother deeply, and we share common goals, likes, and interests. Despite the opening line of this post, we actually fight very little and, when we do, it’s never for long and we always emerge better for it. We have high-stress jobs and less downtime than we’d like. Having a baby would change our relationship, no question, but I don’t believe it would make it better.

I’m not even sure I’d go down the baby-making path again.

Being a mom is pretty great. Pregnancy and the early post-partum days? They weren’t all magic and sunshine and rainbows for me. Plus, with an almost-nine-year-old, the idea of introducing a new baby seems difficult at best and potentially disastrous at worst.

Then there’s my career, which I began building AFTER I had a baby, a marriage that ended, and a rather steep mountain of personal challenges to climb. You can call me selfish, but I’m not convinced I’d want to risk what I’ve built and worked towards at this stage of my life. Oh, and...

...The taste of freedom that comes with older kids is delightful.

Right now, we can sleep in when we don’t have early hockey practice on the weekends. We can go to nice restaurants without worrying about high chairs or diaper bags or needing to leave when baby fusses or the toddler is tired. We have the luxury of letting F do his own thing in the evenings - he gets his own snacks, showers solo, and even helps with laundry. After years in the parenting trenches, this freedom is amazing.

I refuse to be upset about something that might not have happened anyway.

My cervix likes to play the bad guy on a regular occasion by mutating cells to become pre-cancerous and wonky. I have high blood pressure, and have tangoed with anxiety and depression over the years. I’ve had polyps and cysts on my ovaries, cervix, and uterus. I understand the complexities of fertility and, quite frankly, I’m reaching the time when my biological clock goes DING. I’d never quit a job because I might get passed over for a promotion one day, so why would I end a relationship when pregnancy might never come to us?

(And yes, I’m aware there’s always adoption - I’m adopted - but the process can be long AF.)

At the end of the day, I know this perspective may not be shared by others and that’s totally okay. Maybe, if my personal conviction that I need more children was really strong, I’d feel differently, but it’s not and I’m down with that.

The decision to have or not have (more or any) kids is deeply personal, emotionally loaded, and unique to each couple. And it doesn’t have to be set in stone, either. Maybe our feelings will change one day. But what won’t change is my commitment to making sure we have the best possible relationship for *us*, no matter what our family looks like.