Serial Monogamy Friendships Are My Jam

It works and I am owning it. 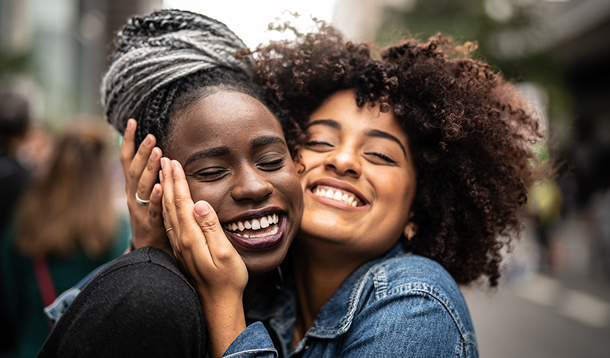 I have always marveled at people who keep friendships for years at a time. People who make a friend, whether at a young age or not, become very close, and stay that way. With few exceptions, this has not been my experience.

I do have a very small (literally two or three) list of people who I became friends with many years ago and have remained quite close with, but for the most part, my approach to friendship has been what some people refer to in the dating world as serial monogamy.

At any given time, I have very close friends. Friends I would trust with my life. Friends I know I can count on, through thick or thin, and for whom I would do the same. I have friends I laugh with, cry with, and share my innermost thoughts with – but they are never the same friends I would say the same about five years prior.

I have been this way my entire life. I watched my sister make childhood friends and keep them year after year right through middle school into high school and beyond. I saw her make friends her first year of university who remain amongst her closest friends today. I saw my mother do similarly. While they have made and grown away from friends through the years too, their core group of friendships remain solid.

Not mine. Each year of school, from kindergarten on, I made a new best friend. Every single year, without fail. Each year of university, I made an entirely new group of friends as well. And while I have stayed in touch with many of them, primarily because of social media, my “inner circle” constantly changes. My go-to people change. The people I talk to on a regular basis change. Someone I converse with daily for months becomes someone I speak with a few times a year before I know it. And I find a new confidant.

It’s not conscious. It’s not fraught with animosity. Almost never is there a conflict that instigates it or a recognizable signal that our friendship has morphed from very close to merely friendly. It simply happens, and always has.

It used to bother me. In high school, I determined that I must have a shelf-life. My friendships are always best before a certain time, and then I need to be replaced. I still consider this to be true, to an extent, but I no longer take it as a reflection on my own worth. It simply – is.

I have wondered if it is because I changed schools so often as a young child. I was at one school from kindergarten to grade four, but I had few friends during this time at all, so I was grateful for anyone who would stick around for a recess, never mind a year.

In grade five, I was put into the gifted program and changed schools. One of my forever-close friends was made in this class, and several others I remained close with through high school. I had wondered then if it was a turning point. But it wasn’t.

In grade six, everyone changed schools, and I was able to stay with a small handful of my grade five friends, but in grade seven, I moved and had to change schools. I made a new group of friends. In grade nine, I went to high school, and despite those three friends from grade five I remained close with, I was in the habit of making new friends each year now, and that’s what I did. And that is what I have continued to do each year, right up until now, at thirty-eight years old.

My current group of closest friends overlaps very little with my group from the year before. I’m not sure that is a bad thing, necessarily. Each time I make a close friend, I get to learn about someone new, and I get to reinvent myself with a clean slate.

I do envy the notion of having that one group of friends who go through everything together, from their youth to their old age. Who know each other inside and out. Who maybe even have a group name for themselves.

But as some people are meant for marriage, and others are meant for serial meaningful relationships, I guess the same can be true of friendships. My friendships may have a high turnover rate, but they all mean a great deal to me. And I am lucky to have had so many amazing people in my life – even if just for a moment.