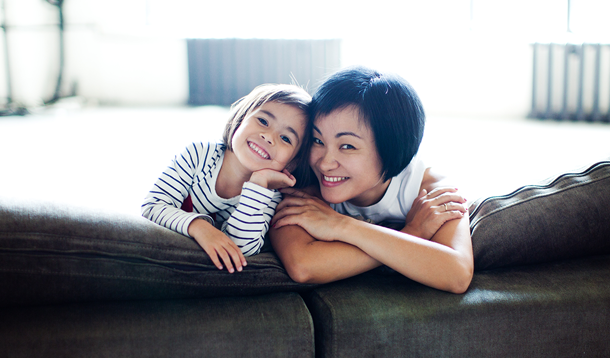 We joke all the time, as parents, that we wear a million hats; we’re teachers and nurses and chaffeurs and clowns travel agents and personal drivers and cooks and on and on and on.

We’re also marketers. At least, I certainly am in my house. The number of ways I’ve tried to trick (entice?) my kids into doing something, by just slightly embellishing what said thing is, is countless. It’s not lying, per se. It’s just trying to use a creative way to sell my kids on why they should give something a chance.

Who didn’t grow up on ‘trees?’ We weren’t told to eat our broccoli. Broccoli is gross! But how many of us were suckered into eating ‘little trees?’ *raises hand*
Our parents were no dummies. Little trees are adorable and I was a hell of a lot more likely to eat one than gross yucky broccoli!

Like, back in the day, when my picky-eating young daughter would be hard pressed to put anything with any sort of nutritional value in her stomach, I found a way to get her to eat yogurt. Well, she didn’t ate it, she drank it, and she didn’t think it was yogurt, because we called it a milkshake. “Abby, I bought you milkshakes! Do you want one?” worked like a fricken charm! Now, I know those things are pretty chalk full of sugar and there are better choices, but y’all, there is nutritional value and she loved those darn ‘milkshakes’ so I’ll consider that a marketing win.

During her phase where my daughter would only wear dresses, bedtime became a real pain in the butt. She wouldn’t wear regular pjs. Oh no, they had to be night gowns. But when I bought the night gown it had to be a ‘night dress.’ As opposed to her day dresses, I guess? Either way, the only way to get her into PJs was to present her with a ‘night dress’ and then all was good in the hood.

And, who else endured potty training hell when it came to diapers and pull ups? My kids were both day trained for a while before they were night trained but they’d both be damned before they’d put on a diaper of any capacity. But 'night time underwear?' that they were okay with. Not Pull Ups. Oh hells no. Those are diapers! But obviously these cute ‘night time undies’ were something different and those were okay to put on.

It’s not lying. It’s just genius marketing. Sometimes, rather than expecting our kids to do what we think or want them to do, it’s fun to try ways to sell it to them in ways they can accept so that they ultimately do what we want, but because they are willing to do it, because we are amazing sales people and we found the way to talk their language.