Is a mother only as happy as her saddest child? 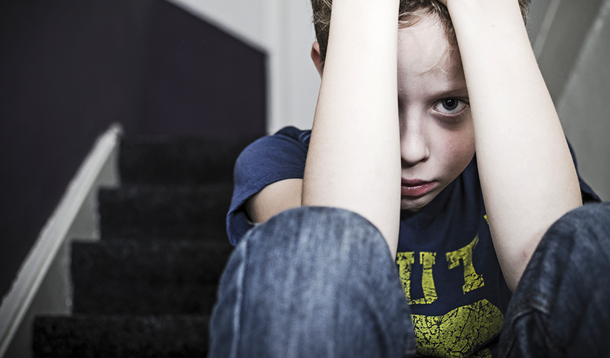 Two years ago my life looked very different than it does today. I was severely depressed, and in need of immediate medical attention, and because I was a wife and mother, my family was left fractured and wounded. I sought help through counselling and medication, because of my desire to be well, but I also wanted to see my family repaired and whole again, too.

Depression was like a snake, slithering around my entire family and squeezing until we grew limp and lifeless. We were all impacted by the darkness that had taken over, and as I sought medical and therapeutic intervention for myself, the darkness lifted for us all.

Northwestern University Doctoral candidate Kelsey R. Howard presented the findings, which illuminate the bond between both parent and child, and the impact that mental wellness has on each other. In this two-year long study, 325 teens who have been diagnosed with depression, and 325 parents or caregivers were randomly placed in three different controlled groups. One group of teens received cognitive behavioural therapy, another group received medication, and the third group received a combination of both.

The study also identified that a quarter of the parents also reported symptoms of depression.

In a press release published by the American Psychological Association, the report says that “the results showed a positive ripple effect because when the severity of a teen’s depression lessened, so did similar symptoms in the parent, regardless of what treatment was used.”

There’s a popular saying that goes: a mother is as happy as her saddest child. I’ve always found that old adage dismal and presumptive. As a mother to three children, I can’t be constantly riding the waves of their emotions, but I don’t think that’s the point. The point is that a parent is deeply connected to their child, and the emotional and mental health of their child will influence a parent who loves and wants only the best for their kids.

Perhaps we’ve been focusing on the negative, looking at everything with a glass-half empty perspective. There’s no one to blame for the fact that mental health impacts the entire family unit. I’ve worked hard to release the blame I feel when I consider the pain my family felt when I was depressed. The conversation needs to shift away from blame, and towards support, hope, and healing.

This recent study offers a promising future for both child and parent. Symptoms of depression were lifted when the teen received intervention, whether it was through medication, therapy, or a combination of both. The hope is that more families would approach the mental health of the individual as a family unit, one that is working together to find healing.

I believe that one of the most harmful things about depression is that it has a way of making someone feel alone, abandoned in their hurt and darkness, and, in many ways, that feeling of abandonment and isolation is justified. It seems natural when friends and family want to abandon the darkness when it begins to swallow their loved one, an act of self-preservation, as they flee from a fate that nobody would wish on another. But it’s that flight that leaves the person deserted, not just the darkness, a wounded soldier fighting a losing battle.

When we start to look at mental health from a team perspective - we’re in this together, and yes, it’s painful to see our loved one’s hurt, but many hands make for a lighter load - I think we get closer to healing. And it’s when someone, consumed by the darkness, gets a peek of light offered from someone else, that they may be willing to seek that help - whether it’s through counselling, or medication, or a combination of both.

I think that Howard’s study reveals what we already know. Mental health is not a solitary exercise, and that when one person seeks help, it ripples into others, creating a positive stream of support, a hopeful future.

I believe this, because I know it to be true.