Self Care is a Moving Target, But Never Stop Practicing Your Aim

Keep at it; it will happen 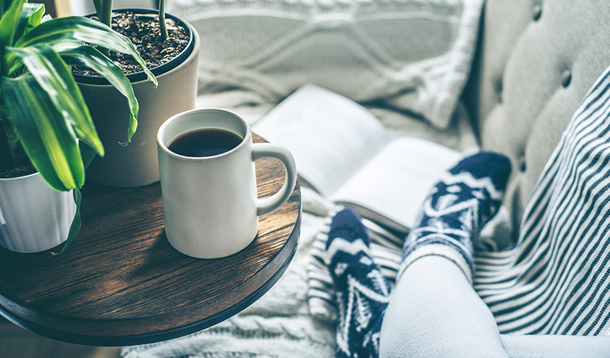 Before I became a mother I hadn’t realized how all-consuming motherhood and family life would become. I didn’t know that a simple dinner out with friends would require careful and precise organization, and that all of that painstaking planning could blow up when Jenny’s son came down with a fever five minutes before go-time.

In the season of life that I’m in, as a work-at-home mom of three kids who are six and under, there is little time for luxurious lunches with friends. This week, I finally decided to make a plan, and set a date to meet with girlfriends for an evening bite. It was a night where my needs would finally be met, I had made the choice to put myself first! I’d been looking forward to it all week, but when the day arrived, I knew there was no way I could go.

My middle child had recently started school and was a complete mess when she returned home, clinging to me like a life raft. My youngest was teething and nursing non-stop, precariously balanced underneath my middle child on my lap. To top it off, my husband was having a difficult week at work, and I hadn’t seen him so exhausted in months.

I cancelled my plans with my girlfriends, knowing it was the right thing to do for my family, but feeling like I was missing out on some much needed time for just me. I had made the choice, putting my needs behind the needs of everyone else.

Self-care has become a buzzword throughout motherhood circles, a phrase that doesn’t have a concrete definition, other than the idea that someone is choosing to put themselves first. Self-care is a moving target, an evolving concept as unique as the individual. Some days self-care looks like making myself a nutritious breakfast, other days it looks like curling up in bed and reading a book, or going to my favourite Friday yoga class.

At the centre of self-care is the concept that we are so busy doing things for other people that we need to purposefully choose to do something for ourselves. I’ve heard women say that taking a long shower was an act of self-care. How is a shower, a simple hygienic act, luxurious? Ask any mother, and they’ll tell you that an uninterrupted shower is pure luxury: no kids peeking behind the curtain, no husband rushing you, and no banging on the door - now that’s a dream.

People who require self-care are people who are accustomed to self-sacrifice, a term synonymous with motherhood. We are continually making choices that put our needs behind our family.

For me, self-sacrifice for the sake of motherhood looks like eating crappy lunches because it’s what my kids will eat, melting under the weight of my kids who crowd me and invade my personal space almost constantly, and passing on a full-time career and financial stability in favour of school pick-ups and the chance to be at home more. If you’re a mom, regardless of the choices you make about meal prep or career, you’re likely accustomed to prioritizing your kids over yourself.

I’ve made peace with the fact that this season requires a level of commitment to my kids that may feel overwhelming at times. That’s why I do try to prioritize self-care, making sure to indulge in the things that I want from time to time. But I’m also trying to find ways to balance the scale a bit, offering myself a bigger slice of the proverbial pie.

One way that I’m doing that is by making my needs heard, letting my family know when I’ve had enough. It’s almost meant looking at myself as more than my role as mother and wife, I am a human being worthy of a dignified lunch, so why don’t I just make one? My kids can learn to respect boundaries, like not sitting on my lap constantly. I’m even starting to pursue a career, something that I want to do, and that I feel ready for.

Motherhood doesn’t mean that I need to lose track of who I am as a person, someone who has needs that can’t just be met in an hour yoga class, or a simple lunch with friends. It’s in finding my identity beyond motherhood that I finally feel like I’m whole, whether I’m with my family or not. Maybe the choice doesn’t need to be them or me, but collectively, us.