Retail Workers Don't Deserve Abuse - Give Them (& Managers) Your Praise

Can We All Acknowledge working with the public can sucK? So be nice. 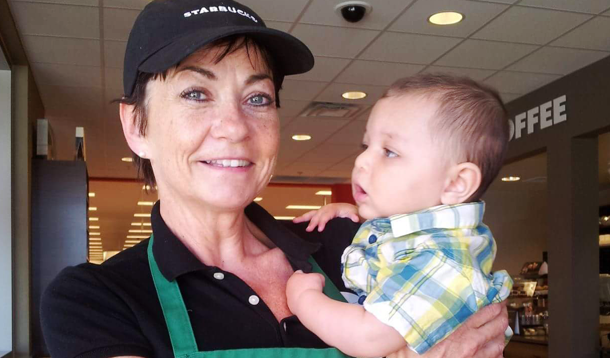 “Do you mind filling out this online survey?” the barista at my regular Starbucks asked, timidly. Of course I didn’t mind. These ladies were the best and their company deserved to know it. They worked in the Starbucks inside of Target during that brief but wonderful time Canada was graced with that oasis of a store. I had a demanding baby and no car, so my daily routine frequently involved a walk to Target, including a stop at Starbucks for post-partum fuel.

They always gave fantastic service, but one of them went above and beyond. Pam. I still remember her name five years later. All the ladies cooed over my infant, I mean, he was adorable, naturally. But Pam fell in love with him. One day, in his true fashion, he wouldn’t allow me to put him down, and Pam saw me trying to juggle a baby while putting cream and sugar in my much-needed coffee. She came over and took him out of my arms. When I finished with the cream and sugar, I thanked her and went to take him back, but she told me to sit and enjoy my coffee in peace, she had him.

From that moment on, whenever I came by when Pam was working, she fawned over her “little man” and if it wasn’t busy, she’d steal a cuddle while I jumped at the chance to eat with two hands.

So when asked if I would fill out a survey, of course I said yes. I raved about them by name. But I wanted to do more. I sent an email to the head office. I posted on the Target Facebook page. I talked to their manager in person. And I told them that I did that in case the messages never filtered back to them, because I wanted them to know that I really appreciated them, and that what they did really mattered to me.

Sadly, they were stunned. They had never received positive customer feedback, only disgruntled people who love to take out frustrations on retail workers. My husband was a retail manager for decades, I know the abuse people in retail can be subjected to.

It’s a thankless job. It’s a hard job. Everyone is quick to complain, but hesitant to praise. It’s been a mission of mine since I was a teenager to flip that script. While of course I will speak out if something is wrong, I try to be as quick with the praise when I receive good service. I’ve sent letters to head offices, or cards to the store. I’ve complimented people in person. I’ve left reviews on social media, mentioning people by name if I can. It takes two seconds of my time, but can be at least one source of positivity in a profession steeped in negativity.

I could not work in retail. My husband has said many times over he would never hire me. I am confident my stint in retail would look like this: “Hi, would you like to buy this? No? Cool.” I am just not cut out for that job. That’s why I marvel at the ability of retail workers to sell products, give advice, and the biggest thing, actually talk to people all day. That they do that and receive almost exclusively criticism for doing so is just plain wrong.

The next time you receive good customer service, tell the person you appreciated it. Tell them their work made your day better. If you have the time and inclination, tell their bosses. Balance out the harsh, and often unwarranted, comments so often hurled at them with kind and sincere words.

Bad service deserves to be called out – but let’s not forget to call out the good service, too.