No, You Can't Have My Cookie: Why it's Totally Fine When Only Mom Benefits

Go to your Gramma's because *I* Need Alone Time 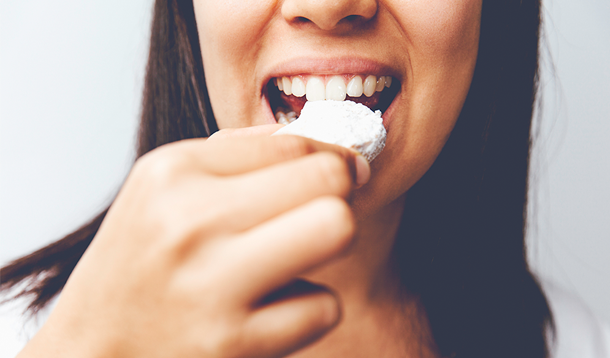 “Duh,” said everyone who has ever nursed a toddler. I mean, who says, “I know the baby is done with this nursing thing, but I just can’t give up getting kicked in the face while having my nipple stretched to Pinocchio levels twelve times a day.”

But one comment on the article caught my attention. “So what if it was?” she said. “Why can’t moms do things for their own benefits?”

Huh. All the time I have spent defending extended breastfeeding against that stupid argument that it was done for mom’s sake not baby’s, and I had never once considered that it would be acceptable if it really was for the mom’s benefit alone.

Why do moms feel the need to justify doing things that benefit them? I’m guilty of it. Whenever I speak of how nice it is that my kids are in school, or how much I need time away from them sometimes, I always qualify it with time away from me being good for them too. “They like school. They love time with their grandparents. They can use a break from me too.” All true statements, but I absolutely say them so that I don’t feel like a bad mother for saying I take breaks from my kids because I enjoy it.

It is seen often when people talk about their birth stories, and being disappointed by their birth experience, or worse, traumatized by it. “You have a healthy baby and that’s all that matters.” But why is that all that matters? Since when does mom not matter in this equation? Yes, for most moms, having a healthy baby is the biggest goal; but that doesn’t mean that her experiences, good or bad, are invalid. Why do moms need to pretend that not having the birth they envisioned wasn’t disappointing? Why isn’t birth as much about the mom as it is the baby?

Ever since I saw that question posed, why can’t mothers do things strictly for their own benefits, I’ve been looking at everything through that lens. Of course it is our duty as parents to make sure our children’s needs are met before our own. Find me a parent who wouldn’t give their last morsel of food to their child if it’s all there was, or who wouldn’t wear holey shoes if their child needed new ones, or who wouldn’t put their very life in danger to save their child. I’m not talking the big stuff.

There seems to be this idea that, not only must sacrifice be a part of motherhood, it is the measure of a mother’s worth. Whether it is the portrait of a perfect mother who dotes on her children and has Pinterest-worthy school lunches, or the badge of Hot Mess Mom who has lost her mind and her hygiene because she has given everything she has to her children, the premise is the same – being a mom means always doing things for your children, and not taking things for yourself.

And it isn’t just moms - though we face it twice-over - all women feel hesitation doing things pure and simply because it benefits them. I hear that this is because we are natural caregivers, but that’s bullshit. It’s because we are conditioned to accept that our needs are secondary, and are only valid if they also benefit, or at least don’t inconvenience, someone else.

That shit has to stop.

The other day I was eating a cookie, and my kid asked me for some. I decided F that, it’s my damn cookie. I started to think of some excuse, and then I said F that too. “No, you had your treat, this is mine.” I don’t need an excuse to have something for myself, I can enjoy it because I deserve things too. And a funny thing happened – my kid didn’t argue it. When I say, “You’ve had enough treats today,” I get pleas for just a small piece. When I share it, I get bugged again the next time. But flat out saying back off, this is mine? No resistance there. I was speaking his language. They understand claiming something for yourself, they do it all the time without even attempting rationalization.

So you know what? The next time I do something because I need to or want to, I’m not going to try and think of a way to excuse it, I’m just going to do it. I’ll do it because it benefits me, and that is reason enough.