I’m Not Brave for Being Fat

Call me brave when I've run into a fiery building, not for being fat. 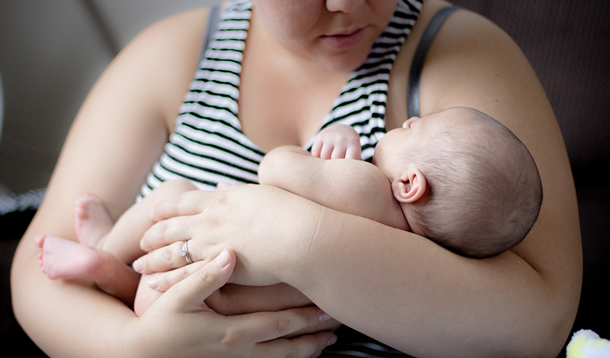 I hate being called brave. Well, I guess that’s not entirely true. There are plenty of things I have done that people might consider brave that I am proud of. I walked across the Capilano Suspension Bridge. I went to a university where I didn’t know anyone. I endured six months of gallstones. Call me brave when it is warranted, sure, I appreciate that.

But the thing I get called brave for the most is discussing my experiences as a fat woman. And that bothers me a great deal.

The first time I encountered it was after I had written about what it was like going through pregnancy as someone who is overweight. It is a different experience for fat women and it should be talked about, so I talked about it. I saw that someone had shared my article, so I hopped over to their page to check it out. She had prefaced my piece with a comment about how amazed she was at my bravery for writing it. She emphasized the word brave several times.

Hmm. I know that was meant as a compliment. Her heart was in the right place. But as someone who is fat, being called brave for being who I am and acknowledging it, especially from a thin person, feels yucky. By saying that it is brave for someone who is fat to talk about their experiences, or to wear a swimsuit in public, or to do anything that thin people do without being applauded for their courageousness, implies that there is something shameful in being fat.

It is a form of othering, even when meant to be uplifting. I hear it as, “It’s really admirable that you didn’t hide your body away, even though you know people will think you look gross.” It’s not the intention behind the words, and I know that, but that is the implication of calling a fat person brave for doing things “normal” people do.

That isn’t to say it’s always easy to put myself out there and open up my life and my feelings to the world. The act of writing is brave. All writers are brave. To be a writer means to put your most private parts of you onto the world’s stage. But I don’t get called brave for writing most of the very personal things that I write. I get called brave when I write about my body.

You know that old joke about backhanded compliments where someone says, “I wish I were brave enough to wear those pants in public?” It’s funny because we all know that is a nice way of saying, “Those pants are hideous and I would never want people to see me in them.” When I am told I am brave because of my body, that is how it feels. “Your body is hideous, it takes a lot of courage for you to show it to people. I would never do it if I had your body.”

I say all this not to shame people who have used the 'brave' description for fat people. I know that it comes from a good place and that you really are trying to tell me you admire me for doing what I do. I say it merely to point out that bodies are bodies, and it is no more brave of me to do anything I do with a fat body than it is for someone to do it with a thin one. I talk about my experiences as a fat woman to normalize the idea that we are no different than anyone else, and shouldn’t be treated any differently. Calling us brave for existing in society has the opposite effect.

So if you see a fat person in spandex, or a bikini, or discussing what it is like to be fat, don’t call them brave. Compliment their outfit. Thank them for sharing their story. Give them the same reaction you would if they were thin. We don’t want to be brave. We just want to be.