The Internet Was a Safe Haven for Introverts (Like Me)

For the first time, I was able to have conversations in real time as myself, without uneasiness. 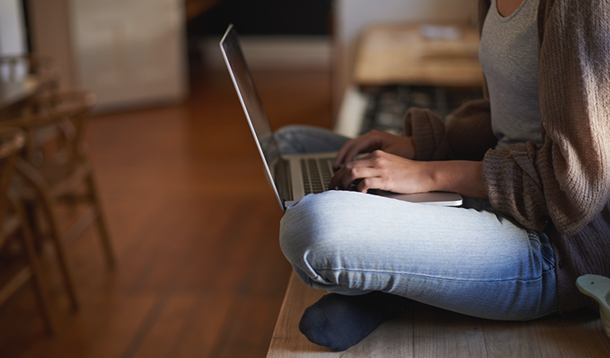 To say that I was shy when I was young would be like saying Niagara Falls is damp. I was an outcast for most of my early years. I had very few friends at school, and the ones I did have I kept at arm’s length because they never lasted into the following year.

In grade five, I made my first true friends (many with whom I am still friends today.) These were the first friends I was able to socialize with somewhat comfortably. But even they had their limitations. I loved going over to their houses and having them at mine. Sleepovers were my favourite thing in the world, and some of my most cherished memories. But there always came a point in time that I was ready for them to go home, or when I felt the strong need to leave. I just needed my space in a very intense way.

I could not have a conversation of any substance with friends face to face. If I had something important to say, I wrote it down on paper and handed it to them. Always. I expressed myself better in writing, and letters did not carry the same anxiety that came with looking them in the eyes.

Then, the internet happened.

I was in late high school by the time it became commonly used as a communication tool. My world opened up. I began chatting in what was then “the thing,” IRC (Internet Relay Chat). For the first time, I was able to have conversations in real time as myself, without uneasiness. And once I reached my limit, I simply logged off.

I met my now-husband in a chatroom when I was 18. By the time I was 21, other social media had become a thing, and I no longer frequented chatrooms to talk to strangers, but by some wonderful twist of fate, I had added him to AOL Messenger before I abandoned IRC.

We talked online for six years before we met in person. While it’s common to meet a partner online now, back then it was taboo, and meeting a mate was never my goal in those interactions. But after six years, we couldn’t ignore the connection. We met and started dating on the same day. He lived in New Jersey, I lived in Toronto, so we endured 18 months of long-distance dating before getting married. We’ve been married for 12 years.

Throughout the long-distance relationship, we spoke on the phone twice. We were still most comfortable talking online. At coming up on 13 years married, we still spend a good portion of time communicating online. Even in separate rooms of the same house, we text each other throughout the day. Our serious conversations, and typical married people arguments are very frequently done through text. Why? Because it is more comfortable. We spend time together in person. We can and do have face-to-face conversations, and we enjoy each other’s company. But texting works well for us.

The same is true of my friends, both close friends and acquaintances. I treasure my friendships. I crave human interaction. But physically being with people exhausts me quickly. I like hanging out with my friends, but I like it with large chunks of time in between.

The internet allows me to “hang out” with my friends without that exhaustion. I can hop on for a quick chat when I need my “human fix” and walk away without hurt feelings when I need to. People don’t tend to like it when you get up and walk out of the coffee shop mid-conversation.

I can be more open and honest with my friends online, because the social anxiety is gone. I am very much more “myself” online than I am in person. If you have only ever met me in person, you probably don’t know me very well.

Sometimes I think about what my life would have been like as a socially anxious introvert without the invention of the internet. Would I ever have found a life mate? Would I have any friends as an adult? Would I be struggling to balance my need for people with my aversion to people?

I’m eternally grateful to never know the answer. I owe my marriage, my children, my adult friendships, and my career as a writer to the internet.

I imagine there are quite a few other introverts who can say the same.