Is this what being an adult is all about? Because if it is – PASS! 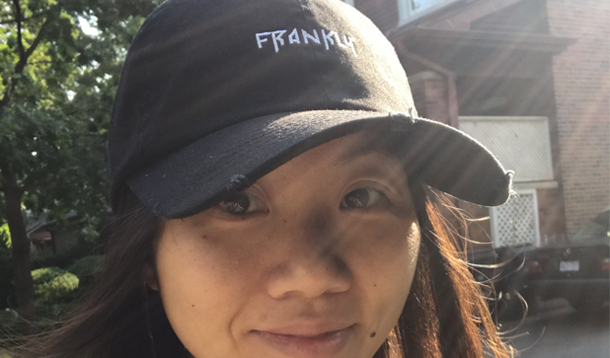 When it rains, it pours. This is one of those cheesy sayings that you might hear a lot, but there is definitely a reason why it’s overused… because it’s true. This is a small list of thing I got hit with in a month. Is this what being an adult is all about? Because if it is – PASS!

ONE: We had a leak in our cold room.

Anyone who has a basement knows a LEAK could potentially mean FLOOD, so you really have to nip any leaks in the bud immediately. When we discovered our cold room was leaking water, we thought OH SHIT, we need to act fast.

Fast forward to calling several places to get quotes, only to find out a lot of people are currently having flooding or basement leaking issues at the moment — so nobody could see us immediately to assess the situation.

After having three companies come by, we finally narrowed it down, and they were scheduled to come waterproof the exterior of our house where they suspected the source of the leak was coming from.

This is when things got more depressing, because the situation was more serious than we originally thought.  Without getting into gory home ownership details, turns out we would need to add a sump pump to the front of our house in addition to the exterior water proofing we were doing which meant… things would cost TWICE as much as what we originally planned.

This meant all week we were subjected to being trapped inside the house listening to drilling and hammering as they did exterior and interior work to fix the leak.

At first our fridge seemed like it was super hot (burning hot), so we had a repairman come in to put a new fan in.

Then a few days later, the fridge side stops being cold. Freezer side is fine, fridge side is barely below room temperature.

Repairman came again – can’t figure out what the issue is because all other parts seem fine so he says it’s probably ice blockage that’s not visible causing issues with the air flow from freezer to fridge. So he said defrost the entire fridge and that should take care of the issue.

NOPE! We moved all our food out of our fridge and stored it at our neighbour’s for two days so the fridge could defrost, but that did not solve the issue. Fridge side still did not cool!

Repairman came BACK again and thought he fixed it. By this time, I had already called several appliance stores, done a bunch of research on fridges, and decided which one we would need to get if we couldn’t fix our fridge.

This whole time I’m going through this fridge drama, I felt like I was saying goodbye to a friend who was slowly dying. At first the doctor kept coming and suggesting this drug and this medication and every time he came, we would be hopeful my dear fridge friend could recover. But then finally by the last time the repairman came, I made up my mind – this is the last time, and we’re just delaying the inevitable. It’s time to pull the plug!

Sidenote: thank you to everyone who messaged me to check in and send their concerns and condolences. Your love and support during this difficult time has been tremendously uplifting and truly gives me the strength to continue.

So alas – today I went back to the appliance store and put down a deposit on a new fridge.

For anyone who has never had to buy a fridge, here’s a newsflash: FRIDGES ARE EXPENSIVE (adult lesson I hope no one has to personally experience).

And of COURSE the fridge we require is not a normal sized fridge. The person we bought the house from must have been a giant. I don’t even want to discuss how much replacing it costs, but lets just say that I will not be buying my dream car this year (i.e. a used Honda Civic).

The cherry on top of my cake was that I found out that work erroneously paid me for almost 2.5 months (because when you’re on mat leave you’re not paying close attention to this) and so… I had to give back a TON of $$$$$. Like a TON! (Like TWO FRIDGES worth…is this what my life has come to now? Measuring things based on fridges?!)

Now I know what people are going to say: Hello, didn’t you notice that you were being paid when you weren’t supposed to?

The answer? No! I didn’t! Because I wasn’t watching and monitoring my bank account like a hawk every second of the day. And I also didn’t have the time and energy to flag to work and be like “Hey, checking in – wanted to make sure you STOPPED paying me,” because hello – I assumed they would just KNOW since I made sure to file everything properly in the system before I left!

Anyways, they were super apologetic and even said they would devise a payback plan that would make whatever sense it needed for me since it was such a chunk of cheddar but I said no. Please take this money away because it’s clearly cursed.

So suffice it to say – that month was ROUGH.

BUT and this is a very giant BUTTTTT, even though there had been a ton of frustrating things that have happened, there were a lot of things to still be grateful for.

It’s really easy for me to be rattled and fixate on the negative, so I’m trying really hard to remind myself everyday about all the positive things that have happened as well so that I can retrain my mind to focus on the positive rather than the negative. And once I started doing this, I realized it’s definitely getting easier and easier to construct a full list of happy things that have also happened that month as well: 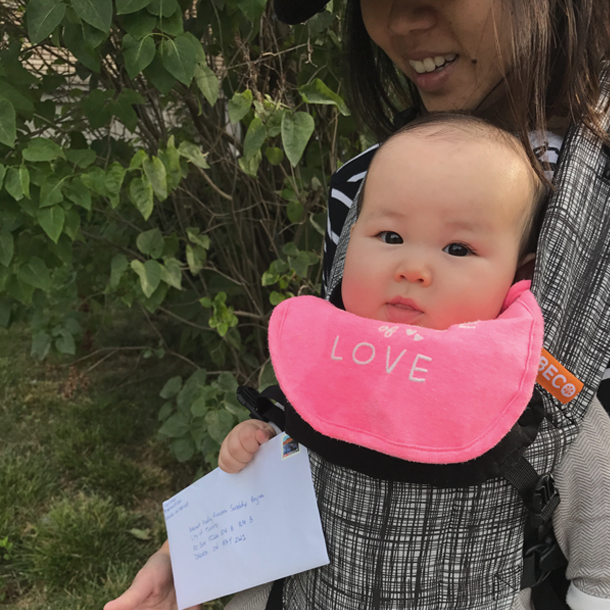 Frankly has figured out that when Kensi goes down for naps and for the night, she can have 100% of my snuggle attention. I have figured out that one of the best ways to destress is to pet Frankly in a mindful, focused way.

I might get some money back from the city for the sump pump! The person we bought the house from never applied for the subsidy, which means we can.

Also: even though the fridge situation was super shitty, it could still be worse. The freezer side still worked, which was the most important thing for us because it was housing all the frozen breast milk I was banking!

My morning walks with my squad. Every morning after Kensi eats, and my mom and I have breakfast, we bundle everyone up and take Frankly for a walk to the park and back. It feels amazing to just walk and enjoy a breeze without having to feel rushed to get somewhere.

Going out for dinner with friends like actual humans. Since K has been going to bed consistently, Dan and I have been able to make plans to go out for dinner!

In conclusion, adulting is hard (and expensive) but it can also be happy and delicious.