Remember This When You're Pushed to the Limit

There is a deep shame in realizing that in that moment, as fiercely as you love this child, you don’t like them. 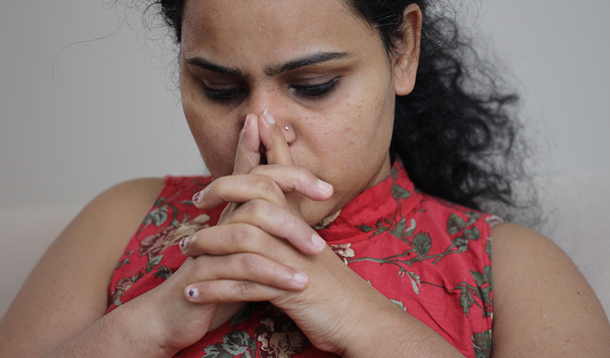 “If you don’t start listening, I’m going to need to go away for a few days because I need a break. I’ve reached my limit,” I pleaded with my four-year-old, holding back tears.

“Good, I don’t want you here anyway,” he said, matter-of-factly. I’d like to say I felt hurt, or angry, or even annoyed by his words, but I didn’t. I was at the point that my only thought was, well, that works out well then.

That morning had been a doozy. I had awoken to find the scattered contents of my writing bag, my writing journal covered in the markings of a four-year-old. He had also drawn all over his legs and the wall for the third morning in a row. After that, he had behaved perfectly, except of course he didn’t. He fought me every step of the way, until we exchanged those words as I wrestled him into his boots for school.

But one bad morning wouldn’t break me. I have been at this parenting gig for a decade now, I can handle a frustrating morning. What pushes a parent to their limit is when one hard day stretches to two and blends into a haze where you can’t remember a time when everything wasn’t a constant battle. Even the hardest rock is worn down by the beating tide.

Every parent reaches that place where they look at their child and think, “I would take a bullet for you, but I cannot be in the same room with you for one more minute.” It’s a scary place. It’s dark, and lonely. There is a deep shame in realizing that in that moment, as fiercely as you love this child, you don’t like them.

My four-year-old took this as a challenge, with my emotional stability as the prize. He broke me. And he meant to. I know that is controversial to say. I have read, and truly believe, all the articles and theories and mantras that when a child is giving you a hard time, they are really just having a hard time. I frequently ask my tantruming child if he needs a hug rather than a punishment.

But there are times when children are legitimately trying to push you.

I don’t know their reasoning, whether it is rooted in their own needs or simply a social experiment to see how far they can push the boundaries, but my child was trying to hurt me. And he succeeded, physically, mentally, and emotionally.

I fantasized about getting away for a little while, without anyone touching me, or hitting me, or wearing me down. Where I could have quiet, and be a person, not a mom, just for a short time, before returning to parenthood.

Then just as I reached this breaking point where I had nothing left to give, he got sick. He spiked a high fever, he was delusional, he was the sickest I have ever seen him.

Suddenly, my desire to get far away from my child was replaced by a need to not leave his side for even a moment. Through sleeping in my bed, to multiple E.R. visits that turned into a stay at the hospital for pneumonia, not only did I no longer feel the pull to be away from him, the mere idea of being away from him was unbearable.

There was a cot in the room, but I slept at the foot of his hospital bed, understanding why dogs insist on doing so when their people are unwell. Slept is a bit of a misnomer, as I did not want to be away from him for long, even in sleep.

When offered the chance to go home and catch up on rest while my husband stayed with him, I refused. I wasn’t going anywhere. A week prior, the offer of some kid-free time to sleep would have been like a vacation, but in that moment, there was no where else I wanted to be than that hard, fold-out hospital cot.

I looked at that kid, who days earlier had been pushing me to the limit in every way possible, laying quietly in his bed, even while awake, and longed for him to return to driving me crazy. It was quiet. He wasn’t pushing my buttons or arguing or fighting. He wasn’t invading my personal space and using me like jungle gym. I was getting the serene time I had desired, but I didn’t want it.

I wanted my kid back.

Upon being released from the hospital, feeling much better, he wasted no time getting back into his old antics. I can’t pretend that he hasn’t driven me crazy since we got home, or that I haven’t reached points where I needed a break or some space from him since then. I wouldn’t be human if I could.

I know that I will reach that point again, where I am desperate for a break and past my limits, and where I just can’t be in the same room with him one more minute at that moment in time. But what I know now is that it is okay to feel that way sometimes as a parent, because even when you don’t think you have anything left in you to give, you will be there when your kid needs you.

The transition from “Please just give me some space” to “I am not leaving your side for one second” was not gradual. He needed me. I was there. Without hesitation. And I needed to be for myself too.

So, when you find yourself in the dark place, in that place where you don’t like your child, and you just want to get away from them, don’t let the guilt seep in. Don’t doubt your ability and worth as a parent based on these occasional feelings. We all get to this place; it makes us human. When your child needs you, you will drop everything and be there. Your child knows that, that’s why they feel safe pushing you to that brink. They know that no matter how crazy they make you, you will always have their back. Trust that when you reach that point, the rest of us parents have yours.

RELATED: What a Difference a Year Makes in the Empty Nest