The Freedom Found in Accepting We all Suck at Things

I struggle with feeling like a complete failure when I can’t do something perfectly. 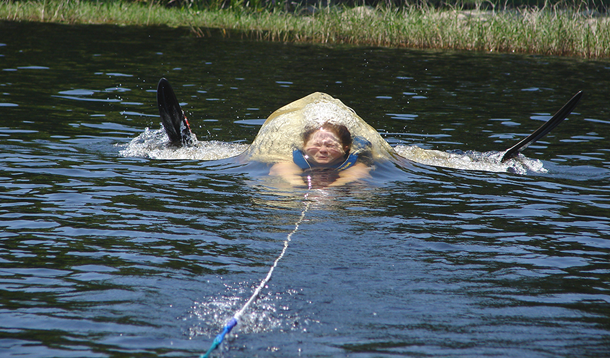 As a recovering perfectionist, admitting when I’m not good at something has been tough for me. I struggle with feeling like a complete failure when I can’t do something perfectly.

It was my son who made me aware of how damaging this has been to me.

After praising my daughter on a job well done after a class presentation, my son piped in asking for praise for something he had done in school.

It soon became clear that just like me, my son felt a strong need to be the best and I knew that I had to put a stop to it now before it consumed him.

I knew that I had to stop it because I know how the fear of not being good at something has consumed me at times. My own fears have dulled my shine.

The thing is, I had no idea how to stop it.

I started to wonder if it would make a difference if he saw us talk openly about our shortcomings. Sometimes these discussions are bigger, family discussions that happen in bed or at the dinner table where we out some of our skeletons and talk about how we are working at doing some things better.

Sometimes they are silly little things, like how Mummy isn’t very good at making pancakes.

Truth be told, its accepting that I’m not good at the silly little things that seems to leave the biggest mark.

So I’ve started to openly talk about the things that I’m not very good at. I’m trying to adopt an “oh well” attitude and instead of letting my failure at these everyday tasks keep me up at night wondering where I’ve gone wrong, I can laugh about them. I can own them. I can now say out loud that I am horrible at making pancakes but I’m good at a lot of other things so who cares?

Want to know some of the things that I’m terrible at?

Braiding my daughter’s hair - I can sit behind my daughter, comb in hand, tablet beside me playing ‘world’s easiest French braid technique and I still can’t manage to style her hair in a presentable way. I know that it disappoints her when I can’t do the fancy braids she sees on the YouTube channels, but I decided just to be honest with her. I continue to try my best but when it doesn’t turn out the way either of us expected, I just remind her that mummy really isn’t great at these types of hairstyles and then I offer to help her choose a headband.

Ironing - Growing up, Sunday nights were for ironing. While we all watched family friendly sitcoms, my mother stood behind her ironing board making sure all our clothes were neatly pressed and ready to go for the week. She made it look so easy. I can spend half an hour ironing the same dress shirt and it will still be left with wrinkles. Rather than allow it to make me feel like a failure, I buy as many wrinkle-free clothes as possible.

Taking care of houseplants - When I moved into my first house, my old roommate bought me an African Violet plant. She told me that it was impossible to kill. Six months later, it sat wilted on my counter. Let’s hope this aloe plant that my coworker just gifted me lasts the winter. She says it’s like a cactus, so easy to care for my daughter could do it. Maybe I’ll leave her in charge of it.

Keeping my closet organized - I go through closet clean outs on a regular basis and each time I find clothes stuffed in the back that I forgot I owned. I have the best of intentions but for some reason no matter what I do, my clothes end up unorganized and messy looking. Pants end up bunching up and sweaters slide off the hangers. Every time I get my daughter in trouble for having such a messy room I feel this niggling guilt way down deep inside that it’s my fault. She’s inherited it from me.

Making pancakes – But for real, why do my pancakes always end up so hard? I have tried so many recipes, but each and every time my pancakes turn out hard and disc like.

These things should be simple right? I have beat myself up over it time after time.

In trying to teach my son how to love himself, failures and all, I’ve learned to love myself a little more. Being open about the stuff I suck at has been surprisingly liberating.

So my pancakes are terrible. I make a mean French Toast and that makes up for it!

RELATED: Stress Free Ways You Can Help Your Perfectionist Child