Do I Regret the Decision I Made to Become a Mom? Some Days, Yes.

It wasn’t until after the nurses came and went that I started to wonder if, like me, other moms were “faking it til they make it.” 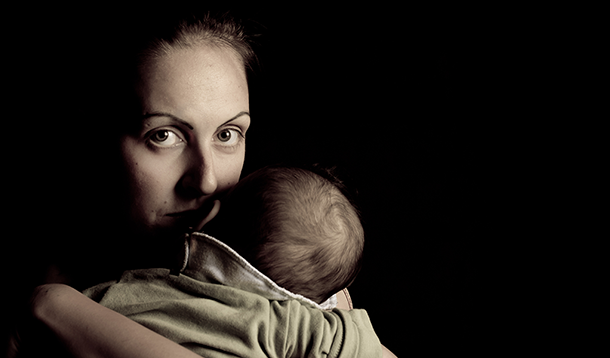 A day or so after I was sent home from the hospital, nurses came by to check and see “how I was doing.” I was given a questionnaire that asked me things like if I was sleeping well and if I was crying any, and asked to answer honestly.

I was exhausted from a hard labour, not sleeping because I had a newborn, and a bit overwhelmed cause I was a first-time mom. I couldn’t sit properly, my legs were terribly swollen, and I had no extended family support. Who wouldn’t be a touch weepy and tired?

But the nurses frowned at my questionnaire and at me. Within 15 minutes, without looking at me as a person, I was a statistic who they thought should be referred to a physician for chemical treatment for post-partum depression, not a mom who needed just a little extra support.

That was the last time I answered such questions honestly, and it was the first time I started lying about how I was doing as a mom.

It wouldn’t be the last. I still lie.

My husband and I spent many years together, happy and child-free. But the biological clock can’t be ignored forever. I went into pregnancy with this vague sort of muddle in my head about familial duty and “now or never.” I didn’t particularly want it, but neither was I against the idea of being a mom. I figured that once my baby was plopped into my arms, I’d have that rush, find true love, and find a part of me that I had never realized I was missing.

That rush of feeling that I was told I would get? That magical bonding, that feeling of mine when I looked into baby’s face? It didn’t happen – in fact, I felt hardly anything at all except relief that the ordeal was over. But I remember the way my husband’s face looked as he was bent over the bassinette for the first time. His face was an incredible mix of amazement and awe and happiness that I had never seen before or in all the years since.

I felt sad that I wasn’t sharing it. I felt a little cheated, to be honest – like I had been promised something precious but it had been given to someone else.

After the nurses left in those early days, my husband went back to work, and I was alone in the house, a hot mess of pain and resentment in charge of an uncommunicative bundle of needs that I couldn’t relate to even as much as I could with my household pets. I held out hope for a time, vaguely aware of some rumour that said “bonding could take a few days.” It wasn’t until after the nurses came and went that I started to wonder if, like me, other moms were “faking it til they make it.”

It took longer before I suspected that perhaps for some of us there was no “make it.”

Maybe there was only faking it because we were struck with the realization that we were standing on a precipice overlooking the fact that there was an entire world of people with stones ready to judge us for failing to fall in line with the vision of the perfect 1950s 6th revision, updated-for-the-new generation goodwife/ mom.

I wasn’t prepared to lose myself when I had a child. I figured that, just as what happened when I committed myself in marriage, I would stay the same. I certainly felt the same, inside my head. I naively never expected (nor was instructed) I could have my body permanently marked and ravaged by childbirth, for sure. A little older and maybe saggy-er. A few stretch marks. But those are just the tip of the possible iceberg.

What I really wasn’t prepared to see was the dissolution of my self and worth in everyone else’s eyes. To be reduced, both proverbially and literally, in people’s contact lists to Child’s Mom, and have my needs and wants and feelings put aside by both my family and society… just because I had produced the next generation.

It made me feel like I had served my only purpose and was now a thing to be discarded.

This sounds terrible, but it wasn’t all bad. Where hormones and bonding failed, there was duty. I was as keenly aware as anybody else would be that this bundle was my responsibility, and utterly dependent on me. Mom material or not, I was determined to do right anyway. And I was as enchanted as anyone else would be by baby giggles and smiles.

There’s always been plenty of guilt, though – guilt that I didn’t feel more, want more, do more. I applauded firsts less like a doting mother and more like an invested nanny. I took pictures and went to plays more because it felt like the things I was supposed to do than because I wanted to.

And there’s also the guilty truth that if I had the power to wind back the clock, I might reconsider this life choice of mine. Because while parenting isn’t the hardest job in the world, even when things go swimmingly, it probably is the one thing that you can do that causes the most upset in your life, especially if you love your life the way it is without kids. You lose friends, you find it harder to make time for the things you love, your relationship and your body and your home are assaulted by a chaotic little being.

Do I regret the decision I made to become a mom? Some days, yes. Do I wish my child wasn’t part of my life?

I do love my child, even if not in the way I expected. I never did get that mythic feeling of mine. But I had to choose to love – it wasn’t foisted on me by biology. I think in some ways that makes it more valuable. But in other ways I am terrified that I will be exposed as an imposter one day by my own offspring and that will have terrible consequences. Every day it has been a conscious decision to think and smile and ape the expected mom behaviour and say the expected mom words while trying to make myself still feel like I matter as an intelligent, capable person to the workforce and to the part of society that isn’t subsumed by parenthood.

Am I normal, or am I not? I don’t know. The worst part about any of it, looking back, is having to do this in silence – unable to talk about this cognitive dissonance between what I’ve been told I ought to feel and the reality of what I do, because of breaking taboo.

I will never know for sure how much of “the joy of motherhood” is pure myth, because other women who feel the same as I do will also remain silent. We will never be able to process the disappointment that arises from unrealistic expectation versus reality and reduce our guilt. We won’t be able to make our lives better with proper support, because to admit that we aren’t absolutely thrilled by being a mom feels like one of the worst things people can imagine.

It’s taken me years to get to the sort-of OK place that I am, and you can see I’m still riddled with doubt and guilt. I can’t help but wonder if I would have enjoyed being a mom a lot more if I hadn’t felt obligated to shut down in the first place. What would have happened if the nurses had looked at me and had seen a person struggling with the revelation that motherhood isn’t sunshine and rainbows, first, instead of attributing my feelings to an illness that I didn’t have?

I’ll never know, for me. Not for sure. We have no safe place to talk about the things other than general acceptable disgruntlement with making lunches and changing diapers. No safe space to reach out for help or advice. I’ll never know for sure if I could have been a happier, less troubled mom. I don’t know how to go about suggesting perhaps we do need more honesty in our civilization about a topic so painfully emotionally murky and forbidden as “sometimes you can regret – and even hate – being a parent, even when you love your children.”

What if I’ve wasted all these years, worried that I am the broken one and thinking I am not cut out for motherhood, that I should have never should have done it in the first place, just to preserve lies that reinforce the stereotype of the mom martyr and a silence that didn’t need to be?

The author is sharing their story anonymously.