How would you feel about being refused service just because a child is present? 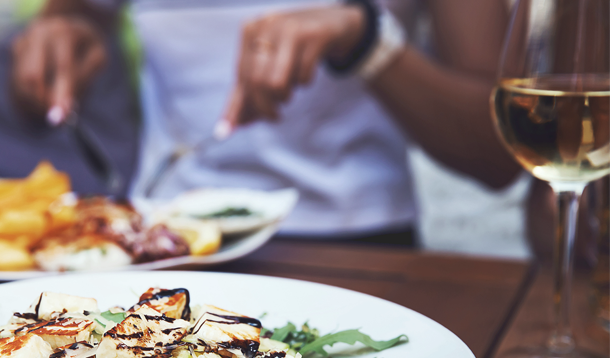 “The road to hell is paved with good intentions.”

My mom said that to 10-year-old me after I attempted to rescue an injured baby bird which had fallen out of a tree. I had gently cradled it in my hands, took a few steps towards my house ready to nurse it back to health when I tripped, dropped it, and finished the job the first fall hadn’t. The poor bird didn’t stand a chance.

I didn’t understand what my mom meant at the time, but as an adult, I do. Sometimes we have the best of intentions, but the process to carry it out is wrong.

Such is the case at Peddlers Bar & Bistro in Clifton Park, New York where, if you’re an adult who is driving yourself and a child or children home, you are only allowed to have one alcoholic drink.

The policy has been in place since 2010. and I genuinely believe Melisa Gravelle, General Manager, has the best of intentions.

She says, “We love children. Everybody loves children and children don’t have a voice. I could never live with myself knowing that I killed somebody driving. I could never do that so and it’s a choice that you can avoid.”

But I don’t think singling out parents is the answer, and this is coming from someone who was in a head-on collision with a drunk driver.

I don’t drink at all if I know I’m going to drive. In fact, just recently, I went away with my teenage son and because I knew I would be driving five to six hours the next day, I wouldn’t even have a glass of wine the night before. If for some reason we were in an accident. I would always wonder if maybe my reactions had been slow because I was hungover. Like Melisa, I wouldn’t be able to live with myself.

But the simple fact is, the logic behind this policy is flawed.

I could be at her restaurant meeting up with girlfriends for dinner and then picking my kids up a friend’s house afterwards.

It also does not take into consideration the size of the parent. A very petite woman could feel the effects of alcohol after one drink while a sizeable, muscular man, would be fine.

Our accident took place in the middle of a Sunday afternoon, and the driver was so drunk he didn’t remember he had caused an accident. He didn’t have his child with him, so it would have been no problem for him to order a few drinks at a restaurant with a policy like the one at Peddlers.

And yet two kids were still hurt that day – mine.

It’s overly optimistic to think that parents will always drink responsibly but cutting them off simply because they have kids isn’t the answer.