You Are in Bear Country, and Other Truths About Motherhood

How Being in Bear Country and Mothering are Essentially the SAME 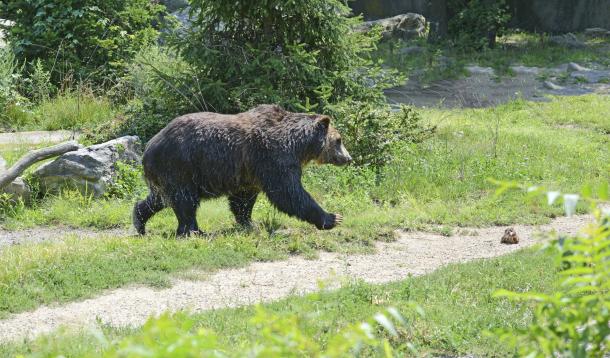 We live an hour away from some of the best camping in the country. So, we camp. Actually we glamp. With 3 kids and a dog it’s one of the cheapest and easiest ways to get a break from the city. Plus, summers in Canada are short, so we, like millions of other Canadians, want to soak up the warmth as much as possible before the 9 months of winter hibernation begins.

There are things about camping that I’m not thrilled about. Outhouses top the list. Followed closely by swarms of bloodsucking mosquitoes. I am also opposed to the horse flies that are large enough to carry away small animals. And then there are the signs. Signs that read, “You Are In Bear Country.” Clearly my issue is not with the signs themselves, rather more with the bears.

Before we had kids, I was never too concerned about the signs or the bears. Sure, we’ve seen bears before. In the zoo. Sauntering along the side of the highway. Grazing in an alpine meadow far away. But once you have kids, things change. You become hyper vigilant. Protective. A mama bear. Suddenly things that didn’t concern you before kids are now viewed as potential threats. Things like road grates, and cars in parking lots, and bears. Fear and worry become your unwanted companions. It’s possible that there are some people around you who think that you have gone a bit crazy. Possibly even somewhat neurotic.

To these people I would just like to say, bears are real. The threat is real.

A few weeks ago we were camping in the Canadian Wilds. The campground was beautiful. Tall lush pines, interspersed with clumps of birch and poplar trees, bordering the banks of a river. We had spent the day hiking through the woods and
saw the usual wildlife. Squirrels, chipmunks, ants, birds, butterflies. We had just returned to our campsite when we saw it.

A bear. Probably the biggest black bear ever born. Okay, probably not. It doesn’t matter. It was big. And a bear. In the campground. Ambling down the road. My kids thought it was cool. So did my husband. Needless to say, I did not.

I immediately ran to tell the campground attendant, thinking a bear sighting IN THE CAMPGROUND would illicit some sort of reaction. A full scale evacuation perhaps?

“There’s a bear in the campground!” I reported, slightly out of breath from having just run two loops to reach the attendant site.

“Okay,” He responded, barely looking up at me from reading his book.

“But there are young children around.”

I didn’t tell the kids, but it was in that moment that I started to consider offering up our dog as the proverbial sacrificial lamb. I stood there a moment longer, waiting for him to say something more. Anything.

I returned to our campsite. The bear was gone. The kids had returned to capturing beetles and the dog was still curled up underneath a tree, dozing in the sun.

“What did the attendant say?” My husband asked.

“Nothing. Apparently it’s not a big deal.”

I guess that is what happens when you are in Bear Country. You accept that there are risks but you also embrace the beauty and wonder that go along with them. Like motherhood.

Motherhood is living life with the most important part of you walking around outside of your body, unprotected and vulnerable. It is fearing the worst and praying for the best. It is sleepless nights, anxious moments, and a barrage of irrational fears plaguing your mind. It is wishing you could surround your children in invisible bubbles, invincible to heartache and pain, but living with the harsh reality that you can’t protect them from everything.

But with the risks of motherhood; the tears that you will shed, the pain that you will witness, the worry that you will suffer; come the joys. The joys that trump the risks and stomp on them, grinding them to dust beneath your feet. The overwhelming love that you didn’t know was possible. The pure, unadulterated happiness that washes over you when you see them smiling, hear them giggling, watch them playing. The warmth that springs from your toes and engulfs you when they slip their tiny hand into yours. The peace that settles like a warm blanket when they wrap their arms around your neck and smother you in butterfly kisses.

The joy that pervades the ordinary and turns it into the incredible. The joy that seeps into the moments of the everyday and makes them worth living. It’s skipping rocks together in the river. It’s eating s’mores by the glow of the fire. It’s dancing in the moonlight. It’s celebrating each success and embracing each failure. It’s knowing that you will always be surrounded by love.

Yes, motherhood is like living in Bear Country. But there is no where else I would rather be. 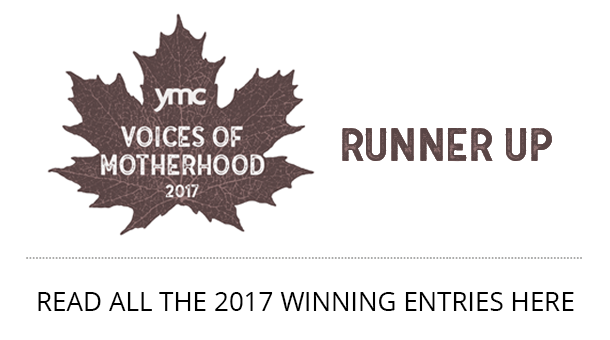