It’s One of the Biggest Parts of Parenting...

... and You Won’t Find it in Any Parenting Book. 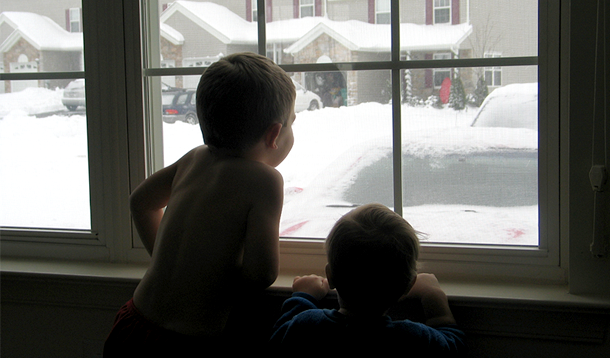 “Mummy, I want pay outside.”

My pint-sized dictator has his nose pressed to the window, watching the snowstorm.

I let out a sigh and take the lid off my coffee, the one my husband dropped off at home before he left for the day. He already knew it would be needed. I’ve been up since 5:30am because an automated call woke me with two dreaded words: snow day.

I should have married someone with a last name that started with Z. They probably got to sleep until at least 7:00.

“Honey, why don’t you watch Caillou with your brother? I’ll give you a timbit.” I cringe slightly at the bribery tactic but at this point I just want the hot liquid caffeine in my body instead of on the table.

I take one last look at my coffee. There’s no way I’ll ever get to drink it hot. Not after wrestling two kids into four boots, two pairs of snow pants, jackets, mittens, toques, and scarves. Dressing a child in winter clothing is like trying to stuff an octopus into a mesh bag.

And that’s what the parenting books don’t tell you; none of them. How much your day-to-day life is based on the weather. And here in Canuckville, true north strong and free, we have plenty of that.

Minus forty but take off a few more degrees due to wind chill, plus thirty and add on ten degrees because, you know, humidex - whatever that is - sometimes March is hot, sometimes it snows in April, sometimes all this happens within a 24-hour period. Blizzards, heat warnings, ice storms, temperature fluctuations, rain, rain, go away, come again some other day. Your day can be made or broken by the flick of a weatherman’s finger.

It’s not taking your kids out somewhere that’s exhausting, it’s the act of getting them ready.

Snow pants and jackets for the winter but also blankets for your vehicle because kids can’t wear puffy coats in their car seats. Sunscreen in the summer and blinds for the van windows that block out the sun and also the view. Oh, and remember to keep them hydrated.

Rubber boots and jackets for when it rains, a few lighter jackets for the cool fall and spring weather. Sunglasses to block UVA and UVB rays, and a hat or two, ones they loved in the store but hate when it’s actually on their heads. Also, be sure none of the clothing pieces have tags of any kind, that’s grounds for a meltdown.

I laugh at the naïve woman I was six years ago, fretting about putting my newborn in a cute outfit with matching shoes. You know who doesn’t need shoes? A being who can’t walk. I should have saved my money and bought more coffee.

“Do either of you have to pee?”

They both loudly proclaim no.

I laugh to myself. We passed the fool me twice stage a few years ago. At last count we were at fool me eighty-seven.

But that’s one of those life rules, isn’t it?

You wash the van and it rains.
The doorbell rings after you get your baby to sleep.
Your kid will need to pee minutes after you get him into his snow suit.

Ten minutes later we’re all outside excited to build a snowman, catching flakes on our tongues.

Seven minutes after that the boys are parked back in front of the television watching Toopy and Binoo, serviettes and timbits in hand.

Turns out somebody did have to pee. The other got snow in his boot and it was a Greek tragedy.

It looks like I’ll get to drink that medium double-double after all. 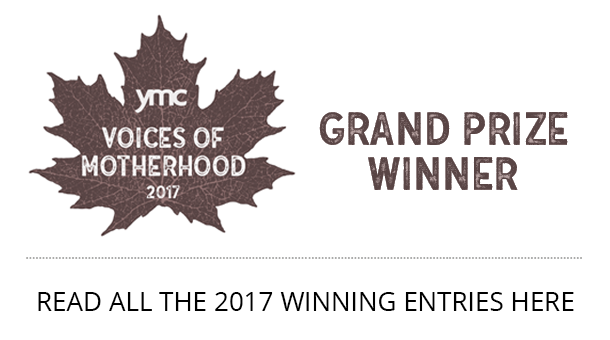