What I Learned About Myself While Eating Eggs and Toast

I have come to realize there are a few women who have shaped and guided me through my life in a very mother-like way. 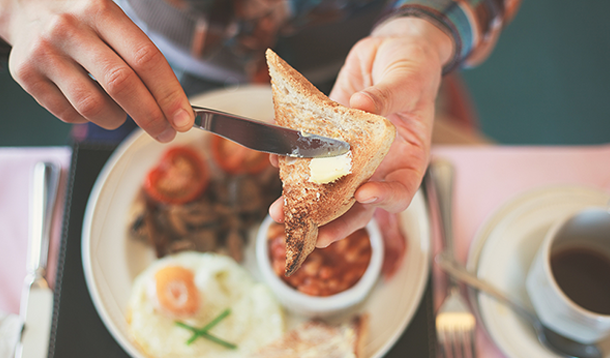 Mother’s Day is coming up very soon. Many people will be talking about how their mothers have inspired them. Very recently I wrote about how my mother formed the basis of my entire career.

This Mother’s Day is a little different for me.

While no one will ever replace my mother, I have come to realize there are a few women who have shaped and guided me through my life in a very mother-like way.

In 2002, I met Diane Wallis. I didn’t know it at the time, but she would become my mother-in-law a few years later. She was 60 years old when I met her. When I met my future husband, I was struck by his manners, his quiet nature and kindness. When I met his family for the first time, I was confused as to how this man had evolved from the people I was meeting. All loveable and wonderful, but loud, boisterous, and very different from him. I just could not understand how he became who he was from the influences I saw.

The one person I didn’t meet at that first family meeting was his mother.

When I met Diane, some months later, within moments I thought, “Oh, now I get it.”

The very first thing I noticed was her movement, Diane always moved carefully. Not out of fear of injury or something like that, but rather with deliberate consideration of the space she occupied, how much of that space belonged to her, and how much she needed to share with the other people in the room. She always surveyed her surroundings and knew just the best spot she needed to be in to properly engage with everyone else in the room. Diane always used her movements to make sure others around her felt included.

Next was her speech patterns, Diane spoke in a lyrical way. Her emphasis always conveyed real interest and genuine gratefulness. Diane always said "please" and her “thank you” conveyed a sense of absolute appreciation.

Our favourite breakfast place was the Rimrock Room, at the Palliser Hotel in Calgary. Decedent and full of memories for both of us: for her, it was where her father used to take her for ice cream when she was a little girl in the 40’s; for me, it was the very first 5-star hotel restaurant in which I had ever taken a meal. That restaurant will always be very special to me.

During those breakfasts, Diane and I got to know a lot about each other. And, like I always do, I took those opportunities to learn from someone who had so much wisdom to share. I was 28-years-old, and she was 60-years-old at the time.

As long as I live, I will never forget eating breakfast in those opulent surroundings with a woman who would teach me as much about being an adult as my own mother has. One might say paying $30 for eggs and toast is ridiculously overpriced (that is what it costs at the Rimrock Room), but I would counter that the lessons I learned during those breakfasts were so valuable, no price would have been too high to pay.

I am writing in the past tense about Diane because, yes, this year, at the tender age of 75, Diane died. Before she left this existence, I told her that she would be forever immortal. What she left behind is every lesson, every philosophy, and every kind action she shared with those who remained after she was gone. I am very proud to say that I am one of the people she taught how to be a “good citizen.”

This is what I learned at breakfast:

1. Be Where Your Feet Are

I have a lot of energy. I always have. I also have a lot of goals I want to accomplish in life. This combination has often caused me to appear frenetic and maybe a little disorganized. Truth is that I am often thinking about the next thing I have to get done while I am busy trying to do the thing at the present moment. On one of my first breakfasts with Diane, I told her the story of a date I had with her son, at the very same restaurant, and how he was so nervous that he accidently kicked over the ice bucket which was holding the wine. She smiled.

And then she said, “It’s important to be where your feet are.”

Simply put: we can’t undo the past, and we can’t deal with the future until we get there. So many of us are so consumed with the mistakes we’ve made or the chores we have to get done later that we simply lose the present. Of all the advice I have ever received, this simple phrase is in the top three (the others being: “calm down” and “say yes”).

Every morning, I press my feet firmly on the ground before I start moving for the day. And wherever my feet are is where I keep my mind.

After one of our breakfasts, I had to rush to work. Diane and I stood in the lobby of the hotel about to depart in different directions. We hugged.

As I was about to disengage she held me and just whispered to me: “The hug is over when the hug is over. Not when we think it is.”

I let hugs end organically now. I let them tell me when they are finished.

It wasn’t until she died on March 12 of this year that I really knew what those conversations were about. Diane never accepted that what we saw in front of her face as all that existed. She always talked about the things we could not see - whether that was another country, something around the corner, or something right under our noses. She also talked a lot about what we don’t know, as in how the vast amount of knowledge her and I would never have no matter how educated and experienced we became.

Diane taught me that whatever I fear is the thing I must step into and master. She taught me that my horizons are self-imposed; what I think I am capable of is simply the level I set. I will forever be grateful for that lesson; even today when I am scared, at a loss for solutions and have reached the end of my capabilities I know I can dig deeper and find that my horizons can move.

Diane left me a globe of the world. It sits in my living room now. It is nothing fancy: a small paper globe, the kind you buy for school children. It sits atop a support ring made from a crystal. It is now one of my most prized possessions – worth more than any gold.

It’s a reminder that I can go as far as I can dare – and that I should dare myself to go further every day.

When I think of Diane, I think of some of her final words. She was confined to bed, weak and dying, and her son asked her what he could do for her in those moments. She replied, “Don’t fight with your sisters.”

This was quintessentially Diane, asking for people to be kind to one another as an active choice. 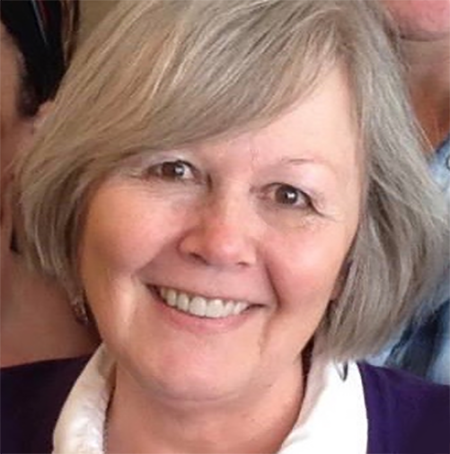