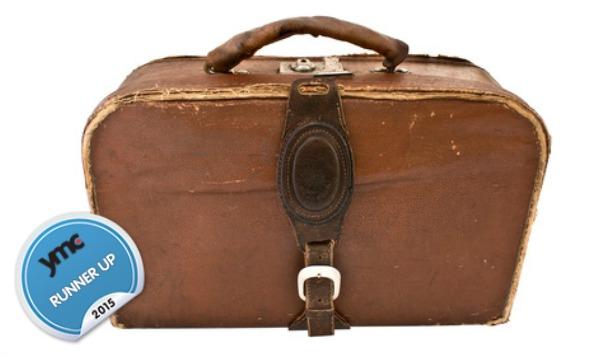 The small lady in a long, sapphire coat had her hands beyond full. With a squirming toddler clutched in one arm, she handed a stack of boarding tickets to the Army Major. He eyed the heavy brocade suitcase by her feet, the rounded belly evident beneath many layers of clothing, and six well-dressed children, clustered around.

"Are they all yours?" He asked, flicking two fingers towards the children.

"Yes," she answered, her voice affecting a calm indifference she didn’t feel.

"Travelling alone?" He asked, intelligent eyes now fixed on hers.

"Yes," she repeated. Her mind raced anxiously through all the different ways this scenario might end, most of them unfavourably.

The smell of war was in the air. She and her seven children were on their way to join her husband, their father, before the borders were closed. As she eyed the last departing train behind the Army Major and waited for his response, she prayed silently, drawing hope and strength from her Faith.

Her family’s future lay in this man’s hands.

Finally, the Major looked down, stamped the tickets and handed them back. "God bless you and your little ones. Have a safe journey."

"God bless you," she whispered, guiding her children past their wingless angel and towards a shiny, new future.

The frightened three year-old tugged urgently on his mother's hand, pulling her, with all his might, in the opposite direction. Mother told him they were going on a plane but it was so big it took his breath away. He no longer wanted to swim with his sister, build a snowman or jump in large piles of colourful leaves. It sounded so wonderful earlier but now he was tired, hungry and he wanted his bed.

Father, a suitcase under one arm and already holding his four-year old daughter's hand, reached out to hold his son's as well. Together, joined like a chain, the four of them continued walking on the tarmac towards the shining plane. Tears in more than just the three-year old's eyes.

They’d said good-bye to the familiar; their large home, friends and family, their favourite spot by the river. Father wondered how quickly he’d find work, whether the family left behind would follow, as promised, and if he’d ever feel confident about this decision. Mother, one trembling hand on her protruding belly, worried about giving birth in a new world, schooling for the kids and adapting.

Ah, but a new life awaited in a land of abundance and democracy; the promise of a spectacular future for their children, progress and safety.

Hours later, as the plane finally began to make its descent, Mother and Father reached for each other's hands. The reality of what they were doing was sinking in. Leaning in close to his wife, Father’s whisper coloured Mother's pretty face with hopeful expectation:

Joy rocked quietly under a million stars as the baby inside her stretched and played. Her third child – another girl – would soon be here to join the strong lineage of fiercely courageous women of her family.

In her heart, Joy’s ancestors gathered. Their decisions, their joys and sorrows, their challenges and triumphs; all of these things had led to this pure and perfect moment. Her grandmother who’d raised eight during the war.

Her mother who’d raised four in a brand new country.

This was exactly where Joy was meant to be.

Eyes closed and faced raised to the night sky, Joy sent up a silent wish to all the mothers who came before her; words filled with love: