Why It's Time To Put An End To The Mommy Wars

How would you react if you were in this situation? 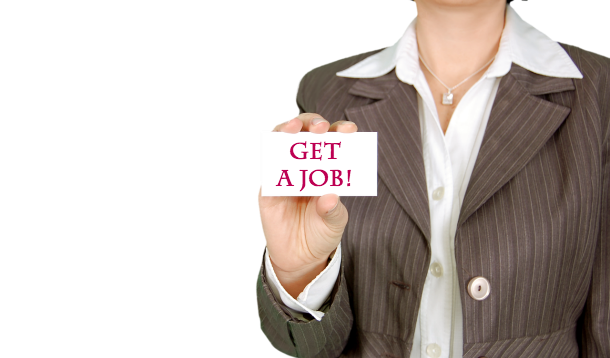 Whenever I used to hear the words "get a job,” I would imagine them being followed by the words “you lazy hippie.”

In my mind, this scene always played out during some anti-war demonstration in the sixties. (Don’t judge, I have a vivid imagination and I’ve watched a lot of TV.)  In all the possible scenarios I’ve imagined, i.e. frustrated dad talking to unemployed adult child, Britney Spears talking to anyone she dated after Justin Timberlake, etc., hearing a working mom say this to a stay-at-home mom would never have occurred to me as being possible.  Even more impossible, hearing someone say them to me.

I am a stay-at-home mom, for now. I am university educated, and I used to have a successful career. I gave up that career to raise my children full time. (With the odd freelance job thrown in here and there.) I had my reasons, lots of them. I’m not going to catalogue those reasons here. They don’t matter—at least they shouldn’t matter to anyone outside of my family. I haven’t asked for help paying my bills, I haven’t complained about my choice, I’ve never asked for approval, and I’ve never suggested that this is the right choice for everyone. It was the right choice for me and my family.

Now imagine you are out for dinner with friends. It’s the beginning of the night and everyone has just arrived. People are discussing traffic, parking, and those with children are recounting how they were able to leave the house sans kids. The working mother starts telling everyone that as she tried to leave the house, her kids were grabbing her legs, not wanting her to leave. (Side note: Anyone with young children will tell you this happens often. Kids play Jedi mind tricks with their mothers. They can ignore you or throw tantrums all day because you suck, but the minute you go to leave, they’re devastated. So rude.) The stay-at-home mom nods in agreement and proceeds to tell a similar story. Now, here’s where things go off the rails. Are you ready for it? The working mom then says, with a decidedly derisive tone, “You need to get a job.” Let me give you a minute to let this sink in. “You need to get a job!” Not, “It’s good to know it happens to everyone.” Not, “Isn’t it sweet the way they miss us when we’re gone?” But, “You need to get a job.”

Now imagine the roles were reversed, and after telling these similar stories the stay-at-home mom said, “You need to quit your job and spend more time with your kids.” The horror! I wouldn’t have made it out of there alive. Not only would it have been incredibly hurtful and judgmental, but untrue.

I’m not telling this story as a way to get sympathy or, worse yet, to exact revenge. I’m telling this story because these words have stayed with me ever since that night. They have quietly visited me any time I have secretly struggled because of my decision to quit my job. They have forced me to revisit my decision each time one of my children has reached a milestone. They have been an echo in my mind challenging me each time I thought I had accomplished something worthwhile as a stay-at-home mom. In a twisted way, these words have kept me honest.

As a former career-obsessed high-achiever (as a stay-at-home mom, I’m still a perfectionist, high-achiever, but that’s a post for another day), you’d think those words would have sent me straight to the nearest job board. They didn’t. In fact, they made me more resolute in my choice. That disapproval, that scorn made me evaluate why I decided to quit my job. It made me realize that at that moment in time, (and many moments after), I wasn’t ready to give up my job as a stay-at-home mom. I was finally ready to admit that being home with my children was fulfilling for me. I didn’t have to keep making excuses, or justifying my decision every time I met someone at a cocktail party. Here’s a party trick for your next event—after meeting someone who tells you he or she is a stay-at-home parent, count how many seconds it takes before they tell you what they used to do and why they quit. I usually go into my preamble before the inevitable, “What did you used to do?” question.

I’m now ready to get a (DIFFERENT) job. I’m not quite sure what that’s going to look like, or how I’m going to get there, but I’ll figure it out. Not because someone shamed me into it, but because I’m ready. My family is ready. I will find the perfect job, or I’ll spend another year being the lunch duty parent or school trip supervisor. Either way, I win. Either way, I will write about this, my experiences as a mom, wife, daughter, sister, friend, citizen of the world, and I will do it while wearing killer shoes.

Stay-At-Home Moms: This Is What To Write On Your Resume.

No matter what kind of mom you are, making time for YOU is very important and can often be tricky to find. This SAHM and WOHM give real life advice on how to make time for yourself a priority.

I like to read more than I like to cook.  I love television that behaves like modern literature, and people who behave kindly.  I used to promote stuff for companies full-time, now I do it part-time while raising my two kids.  I have a husband and siblings who let me think I’m the boss, and parents who let me think I’m perfect.  I write about my life, the people in it, and the myth of having it all.

Jennifer is a Marketing and Communications professional who has worked in the broadcast, publishing and retail industries.  She lives in Toronto with her husband and two children, and blogs at www.everynowandjen.wordpress.com.