She's not ready and neither am I 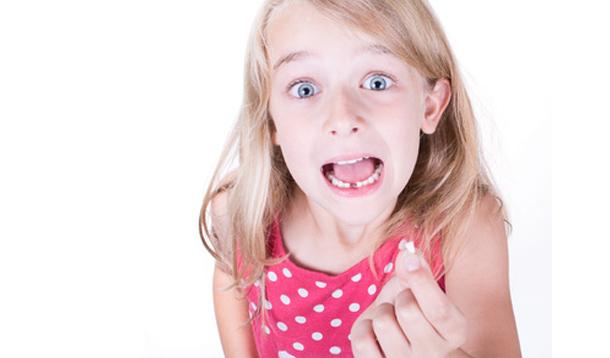 The other day, I lied to my daughter.

Every once in a while, she likes to go on this website called therealtoothfairies.com. She has a favourite tooth fairy, Avalane, and has been known to write her letters. At night, I take the letters out from under her pillow and put back a note, usually written in cursive so she won’t recognize my handwriting.

I have mixed feelings about our scenario. I don’t like that she’s found a website which basically dictates to her how she should imagine the tooth fairy. The website also charges to upgrade to different activities, which she knows I flat out refuse to allow her to do. Does the tooth fairy really need to be more commercial than the toonie she gets under her pillow when she loses a tooth?

However, I have no problem in general with the concept for a tooth fairy. And let’s face it: realizing that the tooth fairy is just your parents is one of those rites-of-passage into older childhood. She’s six. I want her to stay young for as long as she can.

Recently, after fiddling around on her favourite website and printing out a copy of her latest letter, she said to me, “Mummy, is it really just you sending me the letters?”

And then I saw her face. She was frozen. Her mouth did not turn up into that “I knew it!” smile.  She looked like she was willing herself not to process my words. Her eyes searched mine. She said it again, “No really, Mummy. Is it you sending me the letters?”

And then I got it. She wasn’t ready yet. And she was giving me a way out.

So I lied. “I’m the one who passes your letters onto the tooth fairy and makes sure they get there.”

That’s when she smiled. “Oh! Okay. Because everyone at school says there’s no such thing as the tooth fairy—that it’s just your parents. I tell them, ‘No! My parents don’t have wings! My mother’s name isn’t Avalane!’”

And she ran off to put her latest letter under her pillow.

I think she knows her time will come when she won’t believe this anymore. I remember the night her older brother came downstairs and said, “It’s just you guys, right?” He had the “I knew it!” smile. I think she might even know this is a game she and I play together; that as soon as she admits to knowing, the game will stop. This morning she woke me early to decode the cursive in the letter she found under her pillow. Avalane told her she can’t wait until her current wiggly tooth falls out, and that believing is something you feel in your heart (thank you, classic Disney). She took the letter back from me, held it against her chest, and then skipped off with that smile.

Sidura Ludwig is a writer and novelist in Thornhill, ON, who is not ready to put away her fairy wings just yet.

Sidura Ludwig was born and raised in Winnipeg, Manitoba, and has lived in Toronto, Ottawa and Birmingham, UK. She is the author of the novel, Holding My Breath. Her short stories have appeared in anthologies and magazines in the UK and Canada. Her non-fiction has appeared on CBC radio, and in Canadian newspapers and magazines. She has led creative writing workshops in Winnipeg, Toronto, Birmingham and Boston. Sidura lives in Thornhill, Ontario, with her husband, Jason, and their three kids.