Taslim Jaffer: What Surprised Me Most About Motherhood 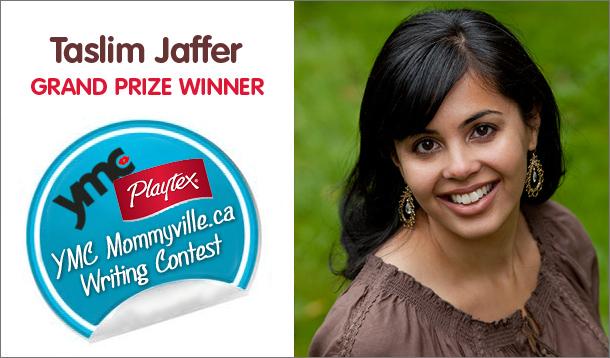 YMC teamed up with Playtex Mommyville.ca to celebrate the wild ride of parenting by asking moms to submit a story describing “What Surprised You Most About Motherhood.” The stories made our judges laugh, cry, and nod heads in agreement, but they were finally able to narrow it down to these winning submissions. Read our grand prize winner's story about how motherhood surprised her.

Maybe it was the fact that I had eaten myself into a food-induced drunkenness at Christmas day brunch that caused the confession to spill out of me. Or maybe it was because I was less than two months from meeting my second baby and my thoughts were weighing on me a little more heavily that day. Forking the last perogy on my plate, I turned to a friend sitting on my left.

“I don’t know how I can possibly love another human being as much as I love my daughter.” I shoved the perogy into my mouth as though plugging it up would prevent me from saying anything else less…maternal.

He smiled. “I thought the same thing when we were expecting our second. You wonder how your heart can hold more love than it already does, because it’s already overflowing.”

I nodded, still chewing, and let my eyes wander to where my 2 1/2 year old girl stood by the decorated tree, entertaining some of the teenagers with her antics. Placing my hand on my dancing baby bump, I wondered if there was enough love inside me for this little one. Or had I ‘spent’ it all on my firstborn?

A month and a half later, my midwife and my husband placed a tiny squirming baby on my chest and a collective of voices rang with the news: “It’s a boy!” I manoeuvered my head to get a better look at this gorgeous creature who had grown from a seed inside me and who was now placed in my care. A boy! How do you change the diaper of a boy?

While my son was being cleaned up and weighed, my thoughts turned to my girl. I missed my daughter terribly having had to leave her with my mother-in-law in the middle of the night when my water broke. I needed her with me to feel whole and kept my eye on the clock until she joined us a couple hours later. When she did, the attention in the room quickly turned to her. She was, after all, the Big Sister and we wanted her to feel her role in the family had only become more special. So it wasn’t until the drive home from the hospital that same evening that I really had some ‘alone’ time in the backseat of the car with my new son.

And then it happened.

“Oh my goodness.” I murmured to no one in particular, eyes fixed on this little human being. My husband, who was driving, glanced in the rearview mirror at me.

“Yes.” I paused. “I just realized something. I now know why son and sun are synonymous.”

At some point on the dark drive home that February evening, I was caught off guard by the biggest surprise of my motherhood experience. I loved this boy — and this love was already exploding into every dimension of space and time. In that moment, I loved him, only hours old, as though I had loved him my whole life. In that moment, I loved him as the toddler he would be, the young boy he would grow into and the man I would be proud of. All those experiences that were waiting for me were happening at the same time and with each one, my love stretched beyond what I imagined possible.

How one human being can be filled with so much of this undying force and not burst at the seams is just beyond my comprehension. It is an age-old mystery that was born with the very first mother. 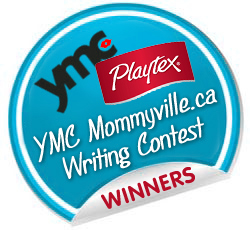