The Ups And Downs Of My Breastfeeding Experience

Why I Didn't Quit 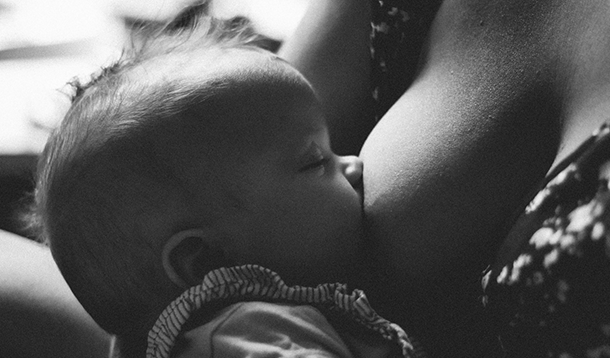 Breastfeeding: the closest time a mom can get with her child, a special time everyone cherishes, something that brings a mother and child closer.

Not for me. For me it almost ruined my relationship with my daughter.

From the beginning, I struggled. I’d had a c-section and hemorrhaged. I’d spent two hours in recovery without her, so the nurses gave her a bottle. All of which, they say, could have contributed to some of my troubles.

I had difficulty with the latch. I started getting cracks. I tried reusable breast pads, but they pulled off the cracks and some of the skin on my nipples. I tried to reduce feedings on one side to heal, only to have the other side get worse. The pain was so bad, I would get nauseous when I tried to feed. Then I got a yeast infection in one side. They describe the pain as passing glass through your nipple. I would say that’s an accurate description. It burned, and continued to burn after feeding. She would cry as I tried to feed her.

I started to become indifferent. I would check out during feedings. It was a job—something I simply endured. Slowly I started to resent it, and with it, her. My mood plummeted. I was going through the motions of the day.

I hated breastfeeding, but I hated the idea of quitting even more. My mom was a huge advocate for breastfeeding. Her advice on why formula feeding wouldn’t be the best alternative seemed more like judgment on my inability to stick it out. Everywhere I went, people commented that she looked too small. Opinions on what I should be doing and how I should be handling it came all the time. The doctor pushed formula on me and suggested I wasn’t giving her enough milk.

The thought that I couldn’t do the one thing for my daughter that I should be able to do left me guilt-ridden and depressed. I wouldn’t create that special bond. Anyone would be able to provide for her. I wouldn’t be needed. I wanted to give up.

I decided to try for just two more weeks. My doctor advised taking Domperidone to increase my milk supply, and I started using a double pump in between feeds.

Success! She was finally drinking. Her latch wasn’t perfect, but it didn’t hurt. I was still treating the yeast infection, but my mood was slowly coming around. She no longer cried and she stopped pulling off. She started to gain weight. My resentment started to subside.

I still couldn't feed from one side, even if I pumped I only got half an ounce but I supplement with formula sometimes and don’t feel bad about it anymore.

Pushing through was tough. It almost ruined my relationship with my daughter. It’s still not perfect, and I envy the women that say they loved every minute of breastfeeding. Regardless, I’m glad I was able to see success. I think if I had quit, I would have felt robbed and resented my daughter for it. It wasn't the best experience, but it was my breast experience!

Photo by Fanny Renaud on Unsplash

I am a single mom to a beautiful little girl. I work in recreation and fitness but have always had an interest and passion in writing. Having my daughter made me realize that if I want her to be able to pursue her passions I should do the same. During my maternity leave I'm getting the opportunity to discover who I really am while spending time with the one I love!