Are Superstitions Really Myths And Malarkey? 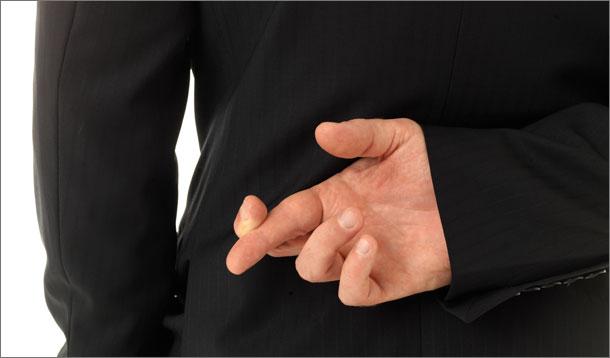 Growing up, my grandmother told me that birds carry souls and deliver messages to the living. It’s also said that a bird is generally a good omen, unless one enters your house or runs into your window. Either one is bad. Like death bad. These are the stories she focused on, never discussing the good luck superstitions, just repeatedly going on about bad luck omens. As a result—myth or not—I'm a bit obsessed with birds and their involvement in my life. If a bird does anything out of the ordinary, I’m convinced of impending doom. Case in point, three months before my Dad died, a bird flew into his house and hid under the only couch he ever sat on. From that moment on I was on guard.

Last night, a bird flew into my kitchen window. Smack. Scared the shit out of me. Even left a smudge. My mind went straight to crazy. My first reaction wasn’t, “Oh, I hope its okay!” (which is awful, I know), but if I'm honest, it was, “OH MY GOD! SOMEONE IS GOING TO DIE!”

I ran to the window to make sure it wasn’t dead, because a dead bird omen, in my mind, is way worse than a slightly injured bird with a concussion. I couldn’t find it, but there was a swarm of robins flying around like it was Armageddon. Then I saw the dove on my fence, which would usually be lovely, because doves are the bird of love, peace, and loyalty, and I truly believe my Dad's soul comes to me in this way. I love doves, except when a bird just hit the window and there’s one just sitting there staring at me all, like, “Heed this warning . . .”

I know this all sounds spectacularly superstitious, and you're all shaking your heads at me like my husband does. But he wasn’t laughing so hard when the dove that lives at our house sat beside my son on the porch for a good five minutes—a grandson my Dad never met.

Now my mind is racing. Who is it going to be? We’ve already been to the funeral home three times in a matter of four months. Another little tidbit Gertie gave me—death comes in threes. She really was a joyous woman. So, I just recovered from the hell of counting them down. That’s one, that’s two . . . and three, and done. Whew!

I Googled the bird/window myth and found a site that said the result can happen anytime within the year. Every one of my relatives reading this just shuddered. It could be any one of us. Although, I think I’m the only one who takes it quite this seriously. I'll tell you how deep this goes. Have you ever been driving and have a bird come so close to hitting your car that it scares you? When this happens, I think it’s someone I know (a dead someone I know) telling me to pay attention, danger ahead. When I slow down and pay more attention, I'll be damned if eight times out of ten something happens and I was happy I was on my toes.

I would like to say that I don’t believe in superstitions, but I have to admit—when they happen, I stop and acknowledge them. I never walk under a ladder, avoid opening umbrellas inside, and find it really hard to walk passed a penny on the ground. I knock on wood, and to add my only little twist of weird, I used to tap the dash of my car three times if I had a bad thought while driving (superstition with a little OCD thrown in). When I was young, I would always avoid stepping on a crack, because I never wanted the guilt of breaking my Mother's back (even if in my childish mind I felt she might deserve it).

Do you have any superstitions? Do you believe that there is any truth to these myths?

Kelly Medd lives in Oakville, ON with her two children and her ever supportive husband “Homer.” She's a recovering self-help junkie who relapses on a regular basis. Schooled in the ways of sarcasm she has dedicated her life to “pulling the plug on popular misconception” by outing herself in some very awkward and sometimes embarrassing ways via her blog www.goodgirlswearthongs.com. She’s an unpublished author (sigh) who desperately needs a new hair style and has a list of useless talents that do not include writing a bio on herself. She can also be followed (or stalked) on Twitter @ggrlswearthongs.