Teaching Kids To Own Up To Their Responsibilities

Is there enough pain in the consequences? 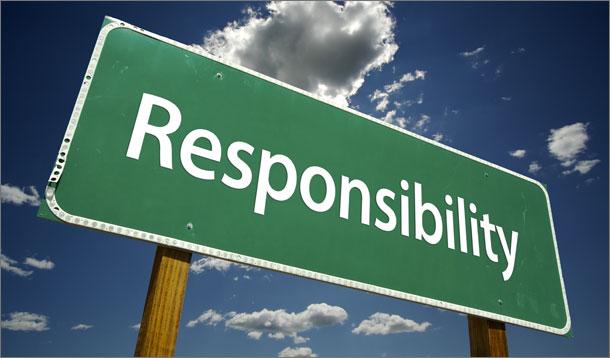 I don't know about your house in the mornings, but mine is just MADNESS!! Getting my son out the door to catch the school bus is the most stressful hour of my entire day. Trying to get breakfast and lunch done while orchestrating his showering, dressing, making his bed and getting downstairs to eat was just madness. It dawned on me one day that I was the only one killing myself. My son was completely oblivious to my yells and screams to hurry up and get ready. There was just no urgency.

But then I figured it out.

There was no urgency because he knows that if he missed the bus, I would just take him to school. Duh! Why would there be urgency? There are no real consequences.

So I finally decided to share this burden of the morning routine—with my son. Brilliant! Before, if he missed the bus, he would be late for school because I would take him late. I had a hard time with this, because getting to school late is a reflection of the parent not really the child. I gave up that guilt and proceeded with my plan.

I explained to him that he knew all his little responsibilities for the morning routine and I was not going to be following him up and shouting. He was old enough to dress himself, make his bed, eat breakfast and be ready without me having to shout the entire morning. So true to form, he took his own time, missed the bus and I had to take him to school. I purposely waited so we would get there just after the bell rang, and sent him to the office to get a late slip. I was so proud of myself and my little consequence lesson.

Later that day when I asked him about how being late was, he said "Mummy, it was just two minutes, the bell just rang!"

So he really didn't feel this consequence—it was no big deal. So no home run for me there, it seemed.

Another late morning and he missed the bus, and I thought...is this kid ever going to learn? This morning, though, I was smarter. I explained that he was now on my time and I would take him to school when I finished doing what I usually do after he leaves. I washed up the morning plates, got a little news on the TV, then took a shower!

The guilt was killing me.

Taking my child to school 30 minutes late! Oh my, that was just awful, but I had to stick to my guns. How would he ever learn the real consequence? Another late slip from the office.

I believe there has to be a level of pain to change behaviour (not physical of course). It is a work-in-progress, but it's a much better situation to have him watching the clock and telling me to hurry up than the yelling I used to do! You see, the thought of having to get that late slip is just the pain he needs to change his behavior!

I love the idea of him owning whether he gets to school on time. If he is late, no one to blame but himself.

What do you think about that? How do you put some "teeth" in your consequences? Share your thoughts in the comments below.

Renée is Mummy to sons Jordan and Braelan.  She recently launched a new website, Kid 'N' Play JA.  Kid 'N' Play JA is the go-to location for parents living in or travelling to Jamaica.  Find information on activities and events, attractions, parenting and children’s articles, kid-friendly hotels and much more.  Enjoy your kids and Jamaica with www.kidnplayja.com.  Connect with Renée at [email protected], or Twitter @kidnplayja.