But It Also Led To A Good Conversation 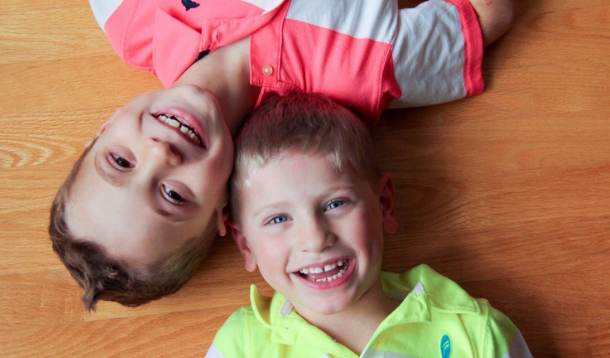 If you’re anything like me, you’ve told your kids the odd white lie to either get out of a conversation you don’t want to have or to convince them of something. Who hasn’t perpetuated the myth that swallowed gum takes seven years to digest or that crossed eyes will get stuck? I am guilty for sure. If it’s for their own good (and your own sanity), a white lie can’t be that harmful. Right?

An incident several years ago made me seriously curb my liberal use of white lies which, up to then, I considered pretty harmless.

I took my older two boys (ages 8 and 10 at the time) to the movies one afternoon. It looked like a pretty fun flick - but it was PG, so I knew there was a risk it might not be perfectly appropriate. That said, knowing the stars I wasn’t too worried. Everything was hunky-dory until the very end of the movie at which point, one very precocious, digitally animated character made a sexual gesture. It’s that one, you know, where you make a keyhole with your thumb and index finger on one hand and then you insert your index finger from your other hand through the hole. You know that gesture? The finger in hole motion?

I cringed during the scene but it passed and I assumed they didn’t notice or care. But as we walked to the car chatting about the movie, my 8-year-old asked me what that gesture meant. Clearly, he did notice as he had the motion itself down pat. My 10-year-old giggled so I immediately knew they both thought it was something racy.

I was caught off guard and ill-prepared to engage in that discussion so I foolishly told them it meant kissing.

“Oh kissing”, my son responded, “I'm going to do that every time I see you and Daddy kiss!”

For a quick instant, I imagined this playing out in public. Their dad gives me a quick peck on the lips and my son starts making that gesture. Queue immediate mortification.

I had no choice but to fess up so the drive home took a different turn (no pun intended) than I expected. That movie prompted our first honest conversation about sex. Even though I assumed they weren’t ready, they actually were. I stuck to the basics, they asked a few questions, made a few horrified expressions, and moved on. We’ve laughed about that afternoon several times over the last couple of years but in the end, I’m quite pleased that it set a foundation for future healthy conversations.

So… the moral to the story? I think it’s best to answer whatever questions children have about sex in an honest fashion at whatever age they are. Chances are if they are asking the question, they are ready for the answer. And they’ll probably keep asking regardless. I’m not talking about inappropriate info of course, but certainly the fundamentals make a whole lot of sense.

Have I done a complete 180 with my fibbing? Not entirely. Whenever I hear the ice cream truck, I tell them it’s the knife sharpening guy.

Rachel Cameron is a customer experience and insights professional, and busy mom to three boys. She holds a degree in psychology and an MBA, and moonlights as a freelance writer.  You can find her on twitter at Rachel_MCameron.