Why I Let My Kids be Picky Eaters 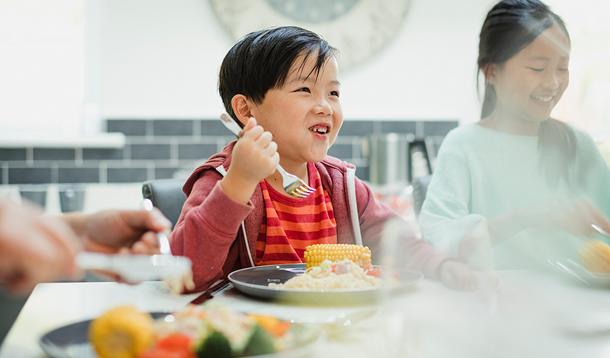 I swear, if one more study mom shames me for my picky eaters my head might explode.

I was a picky eater as a child. Heck, I still am a picky eater. I am a vegetarian because I don’t like meat. I’ve never liked meat. As a child, I was forced to eat it though. 'Protein! You need protein!'

I have many distinct memories of sitting at my dinner table, my heart racing, feeling like a big bag of crap and stressed beyond words because I had to chew and swallow food that was gross to me. I was helpless. My mother was a busy working mom, my dad rarely cooked. I was to eat what was presented before me. My mother was not a short-order cook. I was a child. I was to do what I was told.

Today, I am no less picky. I am well-rounded in my food choices. I have made up for the protein I don’t get from meat with other, plant-based sources. Being forced to eat foods I didn’t like did nothing to expand my palate. All it did was make me dread dinner time with my family – a time I know meant a great deal to my parents to ensure we had on a nightly basis.

The studies say I’m full of it - that I’m not picky. Baby, I wasn’t born that way. My parents made me that way. Or at least, theoretically, they indulged me and my tastes to the point I was able to wave my picky flag with pride.

Funny, not how I remember it going down.

“Many parents simply assume their toddlers won’t like spinach or okra, or take to spices like cumin or tarragon,” Bee Wilson, Award-winning British food writer and author of First Bite: How We Learn To Eat told Macleans.

Um, my parents fed me all of the weird, Eastern European goodness they grew up on. They didn’t care if I liked beets or cabbage or cottage cheese or tongue. It was presented to me and  I was expected to eat it. But what do I know, I’m just a picky eater by choice!

Her research also showed that foods eaten in utero by the mother help determine food preferences in those babies as they grow. I mean, yes, my kids do love DQ soft serve, but that’s not really proof.

Look, I get that science is science and anecdotes are just that. But it begs the questsion: are children whose parents force them to eat a wide variety of foods being told ‘love it! Whether you want to or not!’ having their pallets truly expand or just being shamed and forced to adust it?

I won’t force my kids to eat foods they can’t stand. They aren’t little scientific beings with zero autonomy. They are humans. They have preferences. I’ll be damned if I try to beat those preferences out of them based on some preconceived notion of what foods *I* think they should eat to be healthy.

Like their clothes and fashion style, I have baseline rules (just one actually - it has to be weather appropirate, otherwise, you do you). I 'let' them be picky because they are autonomous human beings with preferences. I will indulge their pickiness because they're allowed to tell me what their preferences are and I'm not going to force them to abide by what I think it should look like. I will guide them towards healthy choices and make sure they know what those look like and what well-rounded looks like but if they don't want to eat peas I'm not going to force them to eat peas.

I wouldn't want to be forced.

Ultimately, my job as a parent is to raise happy and healthy children. Maybe the key, rather than making them eat what I want them to eat, is involving them in the menu planning and finding alternatives they will eat. Maybe it’s not being a short order cook at all, but always making it part of MY routine, to try to include a food I know my child will be super happy is on the table, that they will want to eat, that is healthy and ticks the boxes.

I don’t indulge my children. But I also don’t want food to be a battle ground. I can encourage healthy eating without forcing it. I can encourage variety without shaming my child, using science to back me up that they don’t actually dislike what they seem to think they do.

Maybe their preferences will expand as they grow. Mine certainly did. But my preferences evolved, not towards the foods I was fed as a kid, but away from those foods and towards a well rounded diet of foods I investigated and found to suit my own taste. Forcing me did nothing more than make me dread meal time.

Food is one of those things, especially for my picky daughter, that I will avoid being a source of stress. I’ll have enough battles to follow as she’s a teenager and the world is telling her to eat less. The last thing I want now is create resentment around food.

So, scientists, keep shaming me by saying I created this monster. Shame my mom by saying she wasn’t mean enough. We aren’t robots. Food preferences are just that, preferences. We are human. Let us have them.