Does birth order matter? This study says it could. 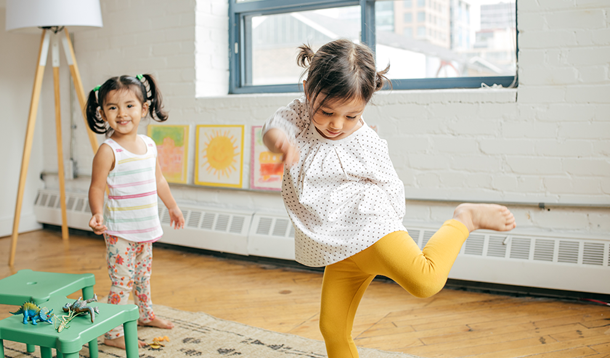 My second-born daughter is a woman unto herself. At four-years-old, she has sass and sarcasm in spades. I know she’s getting into something, when I hear the familiar scrap of chair on linoleum, as she scrambles up to the top shelf to grab herself a cookie for breakfast, or whatever mischief she is not-so-sneakily getting into.

Second-born children come with a little package of stereotypes, just like all the rest of us who fall somewhere in the birth order books. They’re typically independent, social, and empathetic, and just a little bit rebellious.

Brace yourself parents: because I’m about to share the latest study that will send your head spinning.

According to a recent MIT study, children that are second-born typically require more discipline in school, and even enter the criminal justice system at higher rates than first or last-borns. The study took a sample of second-born children from families with two or more kids, in households in both Denmark and Florida. These are two vastly different cultures, but the results were consistent for second-born children. The findings state that second-born kids, boys in particular, are twenty percent to forty percent more likely to get into some serious Trouble (yes, with a capital T.)

If you’re like me, you might agree that your second-born is more prone to trouble. But stealing cookies from the top shelf and going to prison are two very different things.

Joseph Doyle, one of the researchers from the study, spoke with NPR in a interview, and shared his thoughts behind the study: “The firstborn has role models, who are adults. And the second, later-born children have role models who are slightly irrational two-year-olds, you know, their older siblings. Both the parental investments are different, and the sibling influences probably contribute to these differences.”

It would appear that Doyle is contributing the second born’s delinquency to a combination of lessened parental involvement with their second child, and the younger child having the role model of their oldest sibling.

I love reading studies about families, and this study is no different, but I also believe in taking these studies with a grain of salt - especially ones that focus on negative impacts of birth order. I know plenty of second-born children, and I know very few people in the prison system.

My own sweet, loveable, mischief-making four-year-old makes me want to pull my hair out sometimes, but she also offers her own version of warmth, kindness, and loyalty like nobody else. I see a study like this and I don’t panic about prison and delinquency, because that doesn’t seem like a realistic fear to me.

If this study offers us anything, it should be that you’re not alone in thinking that your second-born is more work than your first-born. But hold on, because if I’ve learned anything, it’s that the little trouble-makers also add an extra dash of delight and joy to your life too.