Just Say NO to Fad Toys this Gift Buying Season

I am DONE with these toys 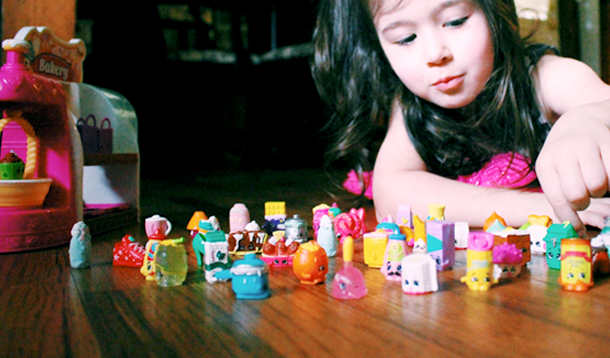 Before I had children I had a fairly strong opinion about toys and consumer culture, and I was committed to keeping my ideals while raising my kids free from consumerism.

After my first daughter was born I embraced quality over quantity, proudly displaying my tiny wicker basket with a stunning array of wooden and cloth toys. I maintained that I did not want my children to become tiny consumers; I wanted them to enjoy an experiential childhood full of rock collections and imaginative play with old handmade quilts - authentic, untainted childhood.

Those days, and my childless naivete, feel like eons ago. My house now looks like a tiny consumers dream home. We have obnoxious Fingerlings and Hatchimals - the toys that never stop talking - an outrageous number of LOL dolls, one of the most overpriced pieces of plastic I’ve ever seen, and a massive collection of naked Barbie dolls, not an outfit in sight. We also have a scattering of neglected Shopkins, because we all know that these toys are so yesterday.

We’ve lost our way, somehow forgetting our wicker basket ideals. I’ve fought it as best as I could, but I’ve been caught up in the wave as well. Most of these toys came into our home as birthday gifts or Christmas gifts from friends and family, but I’ll admit I’ve allowed it, and even encouraged it at times. There’s nothing like the exctiement of a child opening an LOL doll for the first time, and a part of me delights in seeing my kids’ eyes light up as they uncover Confetti Globber or Cutsie Binky, or whatever ridiculously named doll they get.

Recently, I have been recalling my old world values of anti-consumerism, wishing I could incorporate them into my new life somehow. As much as it’s fun to see my kids pull out a basket of plastic and spend an afternoon playing together, I feel like there has to be a better way.

It sickens me to see how many “collectibles” there are, the marketing departments of these toy companies know exactly what they’re doing. They want my kids to get addicted to the high of a new toy, and they create 700 of the same toy, with slight variations. They don’t care about the psychological or financial impact on the child or family, and that’s not a comforting thought.

Not only is the consumer aspect concerning, but the environmental impact is horrifying as well. All of these collectible toys are made out of plastic, and the plastic is covered up with excessive plastic packaging. Each little component is individually wrapped to allow for a more drawn out 'unboxing' experience. The companies producing these toys are more than happy to cash in on the excitement of children, but they aren’t thinking about the earth that we all inhabit.

My discomfort was heightening after a disconcerting experience this week. My kids came home with the newest fad, called the Poopsie Slime Surprise. I was shocked to see how poorly produced this toy was. The slime fad doesn’t seem to be going anywhere, and we have had our fair share of slime in this house. But this was some of the grossest, most toxic-smelling, and messy slime I have ever seen.

My kids ended up getting Bessie Cow Pie, the name of the little plastic toy that comes in the package. Bessie also comes with their own chocolate milk container, with a cute little message about a missing Poopsie, and an actual number to call on the back of the carton.

I managed to speak to a customer service representative, who was very apologetic, and put me in touch with a toy specialist who shared that they were aware of the error, and that the phone number had been removed from all of the toys being produced in the future. A recall wasn’t being issued, she said.

The entire experience had me shaken. I was already uncomfortable with these toys in my house, and now I was really uncomfortable, knowing that the manufacturer of North America’s hottest toys didn’t have the foresight to screen a phone number they displayed on a children’s toy.

After this experience, all of my old anti-consumer idealism rushed back. I’m disgusted by the lazy and sloppy practises of this toy manufacturer. This error highlights a lack of caution for children, and their actual experience interacting with the toy. The longer I thought about it, the more I realized how little these toy manufacturers consider the time spent playing with their toys.

It would appear that their only thought is producing as many toys as possible, and offering a fun unwrapping experience for children.

Mass produced collectibles and fad toys aren’t about long-term enjoyment. A fad toy is all about the unwrapping experience, and the desire for more, and that realization makes it easier for me to opt-out of this experience for my kids.