10 Reasons "Winter is Coming" is Actually a Parenting Blessing 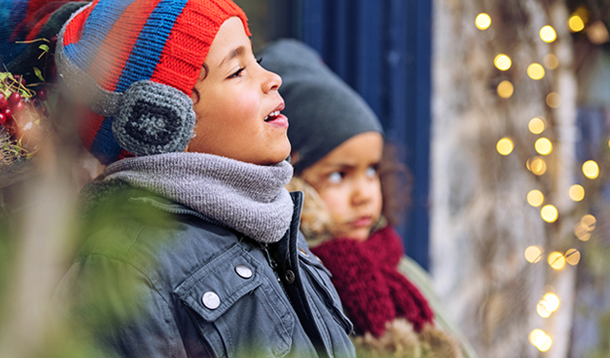 It’s the morning of September 20th—the last day of the sweet summer season. My family has planned to go to the cabin for one last hurrah before the weather turns completely. Nostalgic for the passing of another warm season but optimistic for our pending getaway, we rise at 7am ready to pack and hit the road. We yawn, make our way to the breakfast table, and rub the sleep dust from our eyes ready to greet the day, only to be violently assaulted by the vision of a shocking white atrocity that lies innocently outside our picture window. SNOW. And LOTS of it.

Life can be tough in the great white north. With a summer season that has less staying power than the average hair cut, temperatures cruel enough to literally freeze your face off and an annual epidemic of cabin fever that persists for no less than six months, Canadian parents can’t help but feel an impending sense of doom at the first sight of the white stuff. Understandable as these feelings may be, in the interest of one’s mental health it can be helpful to remember some of the finer things that come with the first snow fall.

Barbecue season is great. For three weeks give or take. Cold vegetables, dried out meats, and tasteless potato salad don’t hold a candle to the king’s ransom worth of warm and hearty creations of soup, stew, and casserole season! Some of our favourites? Butternut Squash Soup , Turkey Chili and Pasta, Vegetarian Lentil Curry, and Easy Cheesy Chicken Enchiladas!

There was a time last summer when I could not recall the last time I had bathed my four-year-old. Parental negligences like these are unheard of after the snow flies. A return to routine after a season of fun and interruption is often hard-won but most households have it nailed down by November, and I know I’m not the only one thankful for the return of some structure (and regular bath times) to our harried lives.

The snowman fever that accompanies that first big dump is nothing if not contagious! After your mad-dash to rediscover the location of hats and mitts from the darkest corners of your storage room, why not join your kids in the first snow creation of the season!?

“But Mom, it’s still bright out!”—the summer battle cry of over-tired children everywhere! It doesn’t matter that they are falling down with exhaustion from a life full of non-stop play dates, swimming lessons, playground excursions and sports. The approaching of the autumnal equinox each year seems to yield a very natural and peaceful resolution to this nightly battle-against-bedtime at our house. It’s called darkness.

The Return of Decent Primetime TV

Technically primetime TV occurs year-round, but the networks (wisely) save the good stuff for September and onwards. I find there’s a sweet spot in my Fall primetime TV-watching, just a few episodes in, where I finally remember what happened at the end of the previous season that corresponds almost exactly with the first snow fall!

You might have time for one or the other during the other seasons, but not all three! This year, as those first flakes drift down, consider it your sign from above that it’s time to dust off the puzzles and games for some family-time or to cuddle up with a good book. (Link to End of year Best reads)

For the better part of the year thoughts of Christmas seem a far-off dream and can even feel like a nuisance when trying to cling to the vestiges of the warm months, but that all changes on a dime once the snow flies. One of my favourite things to do come October is to start collecting stocking stuffers and big-ticket items for Christmas before the busy-ness of the actual season arrives.

Something that I appreciate more as I age is handicrafts. Nothing is more relaxing, even inspiring, than browsing a Fall or Christmas craft fair with my girlfriends in search of lovely things for myself, my house or gifts for friends.

I’ll drink an iced-coffee or tea if I have to, but let’s be real, these items in the cold-variety are just greedy marketing fabrications of large corporations trying to get through the slim summer months. The REAL deal soul-satisfying caffeinated beverages come smoking hot and are best drank looking out onto a blanket of sparkling white snow.

Wishing all Canadian parents many happy returns and at least one chinook before April!