Why We're Putting the Brakes on Having "Timeouts" 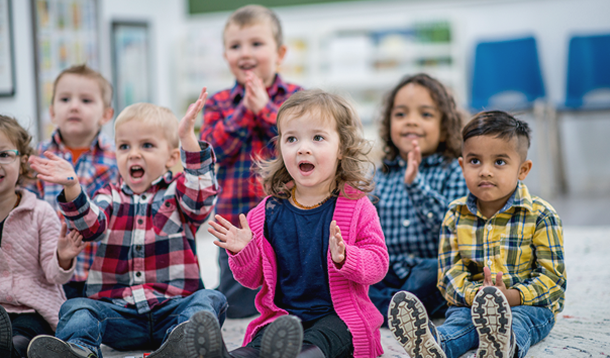 This is the question that my wife and I are currently struggling with.

So, for a while, we started asking him how his day was and then we would ask him if he got any timeouts. After weeks of timeouts and questions about timeouts and explanations of timeouts, something truly terrible happened.

We had conditioned our son to connect how he felt about his day with how many timeouts he had and I was devastated. I want my son to have a sense of self worth that is connected to how HE feels about himself. The last thing I want is to build an internal feedback loop in our son where he requires outside validation to determine if he’s “good” or not.

Worse, we trained our daughter to do the same. On the way to pick up our son, she would tell me that she had zero timeouts because she hadn’t hit anyone or pushed anyone.

For the last several weeks, we’ve been focused on trying to undo all of the damage that we’ve done. I think that much of parenting is cleaning up broken dishes. Not literally. Although, also literally. Rather, what I mean here is that parenting is a constant see saw between “hey, let’s see how this works” and “well…that’s not how we thought that would go.”

It’s a struggle. I want to know what’s happening at school without having to have the teacher give us a daily report of how many kids he’s pushed, or how many times he’s sang a song he made up while he was supposed to be listening. But I don’t ant my son’s first words to me after a day at school to be, “here’s how many times I got in trouble today.”

So what do we do?

We’ve started by saying, “I don’t want to know if you got in trouble. I want to know how your day went.” If he tells us that he’s had a certain number of timeouts, we usually talk about why.

The why has become incredibly important to us because we’ve started to realize that, wait for it, boys sometimes get timeouts. It happens. Obviously as we start to see patterns of misbehavior, we need to focus on changing those behaviors. When our son puts his hands on another child, that needs to stop. But, he’s a six-year-old boy. Six-year-old boys push and sometimes they hit. Occasionally they kick.

Our teacher comes to us with concerns when they reach certain points, but she has more than a dozen six-year-old boys in her class. When we started asking our son if anyone else got timeouts, we were treated to a long and detailed list of who did what to who, how many timeouts they got, and how long each one was. This made us feel a little better, understanding that the behavior was actually pretty typical.

But, sometimes when God closes a door, he opens a window, and a bird flies in through that window and terrorizes your family.

Right now, what seems to be working best is a novel idea - we’ve started talking about our feelings. We ask him how he FELT today. We ask if he FELT like the day was good. We ask how he’s FEELING.

Is it working? I don’t know. He still gets timeouts. It happens. But, this morning he climbed back into bed for a few minutes to lay down and calm himself down after a minor meltdown. He called to me and asked me to come into his room. When I got there he told me that he was upset with me and that’s why he was lying down.

It was a conversation, about him, about how he felt. The kind of stuff that makes you feel like what you’re doing might just be working.

Now I’m off to pick him up from school and see if he got any timeouts today.