Why I Let my Son Decide on His Own Hair

He is his own person 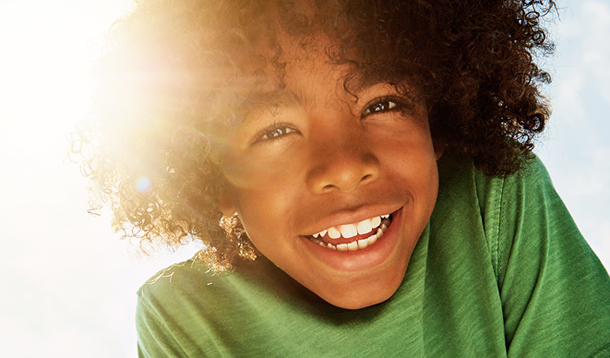 When my son was little, I dressed him strategically every day. I might live in PJ pants and t-shirts myself, but my baby was going to be on fleek (do people still say that?). While insecure about my own looks, my kid was freaking adorable and I was content to allow him to be a reflection of me.

He’s ten now. He’s still gorgeous (no, really, I’m totally not biased). I still love dressing and styling him. The problem is, he hates it.

He has his own tastes now. He doesn’t care about the gorgeous plaid button-down shirt I found. He’s wearing this faded John Cena shirt that’s been through three kids before him, because he loves it and he looks cool, dammit.

And I let him.

Unless it’s inappropriate, he can wear what he wants. But I have to admit, it’s hard to bite my tongue when he’s walking out the door looking like he got dressed in the dark.

I’m getting somewhat used to the clothes thing. He doesn’t have to look spiffy all the time, and I can deal with that. But now he’s moved on to his hair.

My child inherited my ridiculously thick and curly hair. To put it into perspective, when I was in middle school, I had to brush my hair with a dog brush because it was the only thing that could get through my jungle of a mane. I am assuming my child has a scalp in there somewhere, but I can’t find it.

Lucky for him, he can buzz his and still look great. Until recently, we have kept it very short, making it easy to manage and keeping him looking put-together. But sometime last year, he decided long was the way to go.

At first, it wasn’t too bad. He had sort of a Kirk Cameron circa 1992 thing going on. Not exactly my taste, but at least it was neat. Then he decided to just let it go however it grows out of his head. Now, I am a big advocate for letting your natural hair shine. Most of the time, this looks fantastic and organic and genuine. But, well – my kid looked like a Q-Tip.

Like me, his natural hair is just redonkulous. It grows in twenty-seven different directions, some parts curl and some don’t. It’s too thick to not comb, and sticks straight up in a frizzy bush if you do comb it. No product works, despite his painstaking beauty routine of gel and mousse in front of the mirror when we’re running late for school.

When he finally decided to trim it a bit, we were thrilled. He did a pseudo-buzz on the sides, and left the top long. Great. He no longer looks like a Q-Tip. Now he looks like an alpaca.

Then, because I wasn’t thinking this through, I asked him if he wanted to get some temporary red gel to spike it. Then I let him apply it himself however he wanted to, because why not at this point? He went to school Monday looking like Ronald McDonald’s spunky little brother.

But he loves it. In his mind, he looks really cool. He has reached an age where he not only cares about his looks; his looks are tied to his identity. This is how he feels comfortable, and none of these decisions are done on a whim. He carefully chooses these clothes and haircuts, and he styles himself with purpose. He is expressing himself.

Yes, I miss the days when people would look at my little guy and I would beam at how adorable he was. Yes, I now have to fight the urge to make him wear a sign saying, “My look is not a reflection of my mother.”

But when it comes right down to it, it’s just clothes. It’s just hair. If he wanted to wear a Nickelback fan club t-shirt with parachute pants and a propeller beanie covering his purple Mohawk, I’d let him. I care more about how he feels in his presentation than how he looks. I want him to be comfortable and confident more than I want him to be stylish.

One day, he will look back on these looks he created for himself and shake his head. I’m taking lots of pictures for his wedding reception. At his age, I wore side ponytails, pants with skirts attached, and giant plastic pacifiers around my neck, I’m not really one to talk.

In the meantime, you do you, Buddy. Dress how you want, style your hair how you want. I’ll support you. Even if I’m walking five feet behind you at the mall.