Early Childhood Educators Are Teachers Too 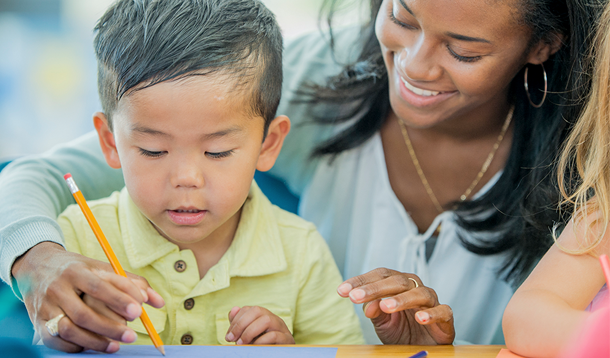 I have a university degree. I tell you this because it seems to be really important to everyone except me. Or at least it was when I was a daycare teacher. My job didn’t require a degree, and the fact I had one but wasn’t “using” it offended people greatly.

In addition to the assumption that at some point I would make a drastic career shift, there were the blatant insults. “This is what you’re doing with your degree?” someone quipped at me as I wiped down the change table in the infant room.

“It’s a shame Heather isn’t doing anything with her life,” said another to my father. That one really stung.

Then there were the school board teachers who took issue with me calling myself a teacher. It’s true, I lacked the extra year of education they had, and I won’t diminish that accomplishment or their credentials; but I was very much a teacher.

Not everything I heard was bad. I often got, “I don’t know how you do it with a room full of kids, I can barely handle my own.” It was nice to hear recognition that my job was challenging and that not just anyone was capable of performing it.

As happens with people in any profession, some parents were rude or dismissive; but the majority were genuinely appreciative of my hard work, and acknowledged the relief they felt knowing their children were in capable and loving hands.

But it’s often forgotten that childcare teachers work eight or nine hour days, every day, year ‘round. They do not get summers off, nor do they get a March Break or Christmas holidays. In face, during those times, they get extra children who are off from school.

The average daycare teacher gets one to four weeks off a year for vacation time, and up to six sick days. This is similar to non-teaching jobs, but is a kick in the teeth when school board teachers look down on daycare teachers as “not really teachers.” As any teacher will tell you, children are germ factories, and those sick days are needed. Some daycare teachers get a handful of personal days too; but when you work with the contagious masses, a couple of illnesses, a couple of doctor’s appointments, and in many cases, your own children being sick, and those days are gone well before the year is done.

Daycare teacher duties are similar to those of school board teachers. They plan and teach a curriculum; they foster a sense of community and build relationships with their children; they identify kids at risk; they communicate with parents; they help children grow on an individual level and adjust to the child’s abilities; they do evaluations; and so much more. Like school board teachers, they do all of this while being a second home to these children.

The subject matter may be different, but the process is similar. The level of respect is not. Sometimes daycare teachers are looked at as people who couldn’t cut it as “real” teachers, or weren’t smart enough to do so. Or there is this misguided notion that daycare teachers spend the day playing with Playdoh and blowing bubbles.

Missing is the fact that the first five years of a child’s life is widely regarded as the most important.  Quality care and education, be it at home or with a qualified caregiver, is paramount. Daycare teachers teach through play, but it is so much more than that.

With such an important job undervalued both in attitude and in pay, it’s no wonder daycare teacher turn-around is so high and burn-out is so prevalent. I loved my job. I loved the children, and still think of them often as my first kindergarten class graduates university this year. But it was exhausting. And I didn’t feel appreciated for doing it. The lack of adequate pay was hard, but being looked down upon was harder. As a freelance writer, I don’t make more money; but I get a lot more respect.

It’s time to give daycare teachers their due. Pay them for the life-changing job they do. Treat them like the life-changing people they are. They literally hold the future in their hands, and they deserve to be officially acknowledged as such. Society: Do better.

RELATED: 5 Simple Ways To Engage Your Child In Play-Based Learning