This is the real 4 letter word. 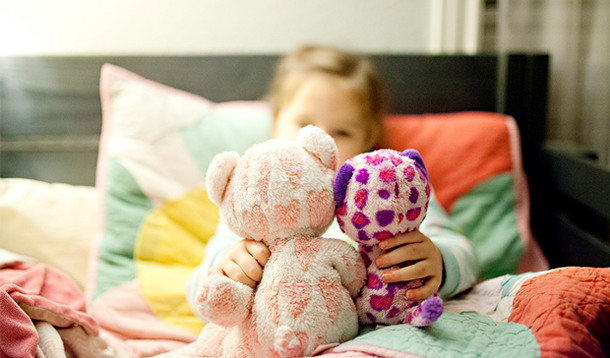 Just put them to bed earlier.

Just keep them up later, they’ll sleep in.

Just don’t give them too much water before bed.

Just give them more water before they go to bed.

Do you believe I haven’t tried any of these things? Do you believe that I’ve just been doing the one thing, it hasn’t been working and I’ve thought, “well, that’s too bad but there really is no other option.”

My son and daughter are the Riggs and Murtaugh of sleep. If you’re not familiar, they are the protagonists of the Lethal Weapon film series and, like a variety of television and film buddy cops, they’re strikingly different.

I can lay my son down at 6:35pm and tell him that it’s time to go to sleep and he’ll be asleep by the time I turn out his light. He is a “go getter” during the day and by the time night comes around, he’s wiped and ready to sleep. My daughter is another story.

These are some things that my daughter does once we put her in bed:

You’ll note that one thing is missing from the list of things my daughter does at bedtime:

There are a FEW things that we do at bedtime to try to keep everyone sane. I think they help. We often put on some calm music. I’m a big fan of Johan Johannsson’s Oprhee (and the kids seem to tolerate it). Pajamas are placed on opposite arms of the couch, along with pull-ups (or the kids are asked to procure their own). We PRE SELECT how many books will be read based on time and behavior. They have a snack and some water. We take some medicine. We brush our teeth. We tell a few stories in bed and the doors are shut.

My son then sleeps for 11-12 hours and my daughter stays up rehearsing for her upcoming Broadway performances.

I appreciate that most people are trying to help. But there’s a phrase that I really wish every person who provides advice to parents would learn: “It worked…for us.”

I’m always open to new ideas. I don’t think I’m a perfect parent. Most days I’m not even sure if I’m a good one. I don’t think I have my parent game on lock down. Some days I feel more like a cellmate than a warden.

So I like advice. But there’s a word that a lot of people start their advice that makes me want to throw cats at them;

Can you guess what that word is?

Nothing is as simple as “just.” I’ve tried “just” keeping my daughter up later. She “just” talks and sings and plays for “just” as long and then she “just” gets up early, furious at the world.

My wife used to say to me, “it’s not what you said, it’s how you said it” and it always drove me nuts…until now.

Now I know that when I would say things like “why don’t you just…” that wasn’t helping. Because it wasn’t “just.” It was much more than “just.” And the suggestion of “why don’t you just” does not help someone who has probably already thought of that thing and “they don’t just” because they already tried “to just” and it didn’t go well.

Just is a four-letter word.