We Should All Raise Our Kids to Be Activists

I want my children to know that an activist is someone that fights for what’s right, even when it feels like the world is against them. 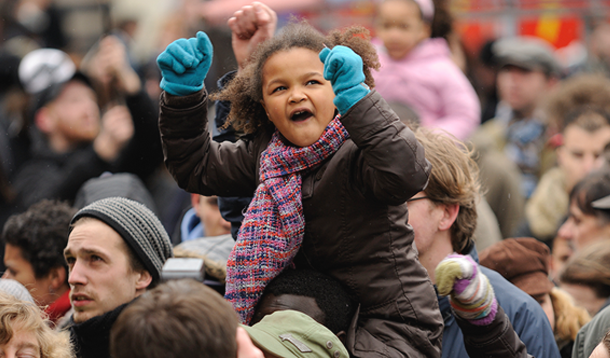 “What is an activist?”

My six-year-old daughter asked me one day after school.

I reached over and grabbed a magazine I had sitting next to me, with an image of Emma Gonzalez on the cover.

With a fresh buzz cut, tattered jeans, and youthful face shrouded in severe hope, Emma Gonzalez looks the part of activist. At 18, Gonzalez is one of the many survivors of the Marjory Stoneman Douglas school shooting, which left seventeen dead and seventeen wounded.

The students at Stoneman Douglas have taken a stand for gun control and can be seen splashed across newspapers and magazines around the world. Gonzalez, with her powerful voice, is often at the forefront.

Teens all over the world are standing up for what’s right, becoming activists.

What is an activist? I wondered, the words turning around in my head.

Noah Irvine lost both of his parents to suicide. The young teen has sent dozens of letters to Canadian politicians to call on leaders to speak out and fight for legislation to improve mental health care in Canada. He’s an award-winning activist, and he’s only 17.

Jonathan Pitre, the Ottawa-based Butterfly Boy, died earlier this year from a rare skin condition. He spent his life as an advocate, spreading awareness about his disease, and hope for people that have been classified as “other” their entire lives. He was an activist.

I’m often left wondering, who are the parents of these activist children? Who raised such strong-willed and discerning children, kids who seem ready to take on the world.

I want to know because I can only hope that as my children grow that they will also stand up for what is right. I want my own children to become forces to be reckoned with, and fight for whatever it is that fuels and ignites a fight inside of them.

I know that the only way I can expect that of them is for me to guide the way myself. I don’t want activism to look like a role reserved for celebrities and a few strong voices, because that is not the purpose of activism.

Activists are fighting all over the world; they’re starting conversations at the dinner table with their families; marching city streets, their arms linked with the stranger beside them; or picking up garbage every Friday in at their neighbourhood park.

I want my children to know that an activist is someone that fights for what’s right, even when it feels like the world is against them. An activist has no requirements beyond standing up for a better world and having a willingness to fight for change.

I don’t have many expectations for my children. But I do hope that they are willing to use their voice for change. As a mother I want them to see me being my own world changer, quietly when I wrote notes in their lunchbox calling them “strong” instead of “beautiful”; using my public voice to call for body positivity; and sparking conversations with friends and teachers about valuing women and girls.

When my child asked me, “what is an activist?” I sat her down and shared with her all the ways that she’s an activist. My answer, simply, was you.

RELATED: A Mom's Dilemma - Support Her Daughter or Not?