The Importance of Saying You're Sorry to Your Kids

We are all just winging it, and sometimes we get it wrong. 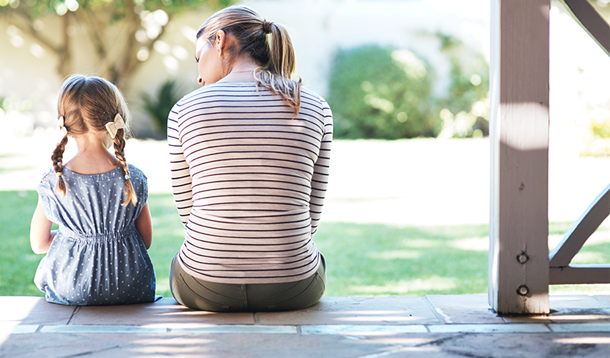 I don’t need the judgement from ‘perfect’ moms who never raise their voices. If you’re one of them, I’m sure you’re lovely, but we have nothing in common. I own that sometimes my stress gets the better of me, and I yell.

But: I do apologize to my kids when it happens.

There’s no check list that guides us through handling situations where our kids make us want to pull our hair out, or how to make big decisions about things our kids want to do. We are all just winging it, and sometimes we get it wrong.

I have a great deal of respect for how my parents raised me, but I know - and they know, AND I KNOW THEY KNOW I KNOW - that they effed up on more than a few occasions. They are human, too. They didn’t always get it right. But, all due respect to my amazing parents, they never once apologized to me when they flew off the handle or made a poor judgement call.

That’s probably why, the first time I felt the need to apologize to my kid for losing my cool, I questioned if I was out to lunch.

Should I be apologizing to my child? I’m the adult! Was apologizing going to impact the respect I demand of my children? What would it say to them that I admitted fault? Is it bad that they know that sometimes I’m wrong or just plain full of shit? Would it allow them to see behind the parental cloak of invisibility that is supposed to hide the fact I’m human, imperfect, and fallible?

Ultimately, I decided, that my children needed to know it’s okay for THEM to admit when they’re wrong, and what better way to show them than to admit it myself?

You know what happens when I give my child a heartfelt apology? They give me one right back. They own their role. They fall off the defensive cliff and step back into a place of comfort and acknowledgement that it’s okay to admit you’re wrong.

Maybe it’s not that unique. Maybe lots of people find themselves saying sorry to their children. I know that, to this day, every reaction my parents ever had, every choice they ever made, in my mind, was within reason in their minds, because they’ve never told me different.

It’s a bit of a tightrope walk, raising children to do as we say, when we really don’t want them to do as we do. I want my kids to be patient. I don’t want them to yell or scream when they’re frustrated, and I don’t want them to make choices they regret later. My job as their mother is to guide them to make better choices than I sometimes make. That’s why I feel it’s important to tell them when I’ve faltered. “Don’t do as I did,” is a valuable message, in my mind, if it’s coupled with “I shouldn’t have done that either and I’ll try to do better next time.”

Much like I don’t think slapping is a great way to show kids why they shouldn’t hit, I don’t think yelling is the way to tell kids to settle the eff down or stop poor behaviour. But I do yell, more often than I should. I’m not perfect. I don’t claim to be.

I ask them to acknowledge when they’ve behaved poorly. I should certainly be able to do the same.