For some children, poop accidents continue on past the usual age for bathroom accidents. Here's what you should know about encopresis. 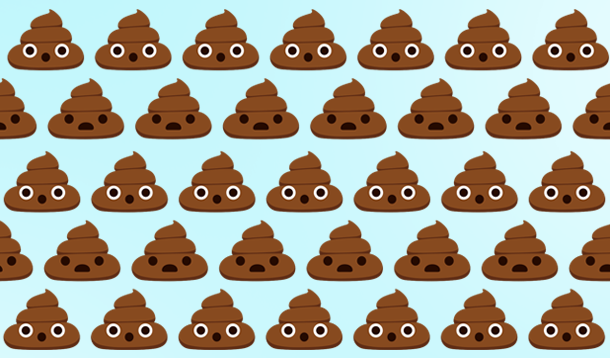 Everybody poops. It’s just a fact of life. When our babies are born, it’s one of the few things they do at all. We deal with two or three years of diapers, followed by the nightmare that is potty training, and then we can relax. Our children’s poop is no longer in our hands – figuratively speaking.

But what if that doesn’t stop with potty training? For some children, poop accidents continue on past the usual age for bathroom accidents, and that can cause a lot of stress for both the children and their parents.

My son is one of those kids. At 10 years old, he still has occasional incontinence. Every load of laundry contains at least one poop-filled pair of underwear, and not a week goes by that we don’t at some point notice a foul smell emanating from him as he walks past. He can’t help it most of the time. And he’s used to it. This has been his reality his entire life. Poop accidents are his normal.

Having ruled out other physical and developmental problems, we were told for several years to see if he would outgrow it. At 10, he has clearly passed the threshold for being a late bloomer. At our most recent pediatrician appointment (the third pediatrician he has seen) the doctor had a hand-drawn diagram at the ready. She needs to refer to it so often, she has it sitting at fingertips-reach on her desk.

Essentially, for most people, waste moves into the bowels, the water gets re-absorbed, the waste moves to the lower part of the colon and is expelled. For some kids, the waste fills a large part of the bowels, preventing some of the water from being re-absorbed in some areas and other areas to dry out too much, and stopping them from eliminating completely with each movement.

They might poop every day. My son does (I know this because he seems incapable of flushing the toilet.) But often times, it is just a fraction of what stays inside them. Other times, it may seem like a full-grown lumberjack broke in and befouled your porcelain throne.

What shows up in the underwear are simply pieces that have broken off of the larger mass, and snuck their way through. Because the child’s bowels are stretched, they lose the sensation of urgency to poop. For most of us, our bowels stretching signifies we need to go, and we head to the bathroom. For kids who have stretched bowels all the time, their brains begin to ignore the sensation, similarly to how people who regularly wear glasses don’t feel them on their face after a time.

Thankfully, there are things that can be done – but it takes time. It’s not an easy fix. Our son’s doctor said it took 10 years to do the damage; it’s going to take 10 years to undo it.

The first step is emptying out the bowels. Your child’s doctor may request an X-ray to determine the extent of the blockage. The most common treatment for flushing the bowels is administering stool softeners long-term. Unlike a laxative which would stimulate the bowels to poop, stool softeners simply make pooping easier for the child, so they can get the poop out and keep it coming out regularly.

Stay on these stood softeners, even once the problems seem to be getting better. This is the mistake we made the first time our son’s doctor put him on them at about age five. We used them for about four months, they worked, the poop accidents stopped, we stopped the stool softeners. But even though the symptoms were gone, the problem was still there, and here we are, five years later, still battling the rogue poop. It is common for children to stay on stool softeners for years, and according to both pediatricians who suggested them for my son, completely safe to do so.

Adding more fibre and water to your child’s diet can help soften stools too. Add bran cereal to yogurt or other dishes, lots of whole fruits and vegetables, a special water bottle, anything you can get into them!

The next step is establishing a Poop Routine. Aside from being a great name for an indie garage band, Poop Routines help train your child’s bowels to release regularly. Have them sit on the toilet for 10 minutes in the morning after breakfast, and 10 minutes in the evening after dinner. Doing it after a meal is best because the juices are already flowing.

Be patient. It will take time. Be supportive, not punitive. Most of the time, your child can’t help it. Make them an active part of the solution. Try letting them choose a special book or toy to leave in the bathroom for their poop time.

If it feels like your house is one giant poop emoji, take heart, with some help, it will get better. Make an appointment with your child’s doctor before taking any steps, and then you can all work together to keep poop in its place.