We push boundaries. It’s human. But we (usually) learn from our mistakes and use them to guide our decision-making process. 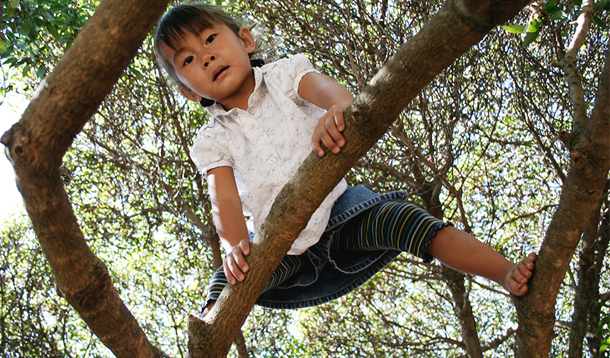 This question, asked by my son just a few weeks ago, is a question I asked my wife a dozen years ago, before we were married. I received a half hearted verbal agreement that I’ve come to understand is inadmissible, so I decided to break it to my son a little sooner.

This conversation is pretty much the norm in our home. Our son makes a reasonable request. We submit and then he makes more and more grandiose demands until we say no, and then he scales it back just a bit.

Kids are not remotely the only people that do this.

A few years ago, a developer wanted to turn our corner into a very large seven-story building complex in a neighbourhood dominated by three-story houses. The city and our community said no. He submitted a new design, calling for nine stories. And then at a community meeting said that he would settle for seven.

But with our kids, there’s always the real fear that they will be hurt (or worse), in their pursuit of that mystical line - the line where things go from perfectly acceptable to entirely not okay.

First, we need to establish the difference with our kids between not wanting them to do something and it being unsafe.

Not looking which way you’re going as you sprint across the street? Safety issue.

At some point, there’s something that you have to do that is both terrifying and entirely necessary: let them fall.

You cannot and will not be there forever. Kids need to learn that it hurts when you fall off a chair, but that it’s probably not the end of the world. In his fantastic TED talk, 5 Dangerous Things You Should Let Your Kids Do, Gever Tulley explains that when a kid jumps off a bunk bed when they’re six and breaks their arm, that sucks, but they learn that jumping from heights is not a great idea. When a kid never learns that, they could try to jump off the roof onto a mattress when they’re 18 with much worse results.

There is no pain like the pain of seeing your children in pain. It’s devastating. But I want my kids to do amazing things. And that’s where the second part comes in.

“See, I told you so” is not the pearl of parenting wisdom it’s all cracked up to be. The next time someone you know says “told you so,” think about how that makes you feel. Did you learn a lesson? Do you want to hit them with a frying pan?

What we’ve tried to do is break down every boundary break with a real scientific method.

We push boundaries. It’s human. But we (usually) learn from our mistakes. We use them to guide our decision-making process.

Rather than instill a sense of fear in your kids, try teaching them about the process of messing up.

If you show a kid THAT there is a fence, you’re just showing them an obstacle.

If you show a kid WHY there is a fence, you’re providing a learning experience.

Not to catch them, but to help them back up.

RELATED: There's a Lesson in the Way Toddlers Deal With Boundaries