We Need to Stop Punishing Kids for Being a Tattletale

I don’t want my kids to feel as though they have to stay silent. 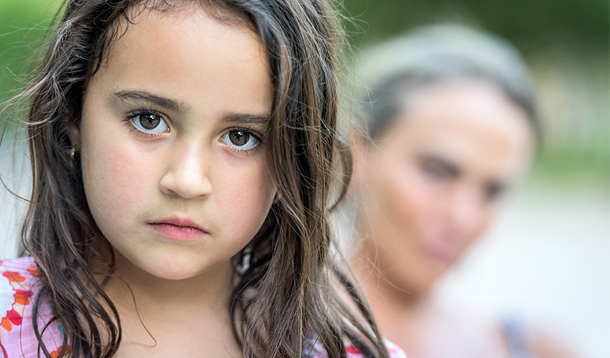 “Tyson pinched me!” she exclaimed. There was a whine to her voice that grated on me. “But Janelle hit my back!” he retorted without missing a beat.

Sometimes it feels as though there is no end to the bickering and fighting.

I’m a big believer in trying to encourage my kids to figure out their disputes by themselves, but when things get physical, I make sure they both know that they are expected to keep their hands off each other. Both receive the message that physically hurting each other is not acceptable.

My daughter tends to be loud. It can be annoying. My son, however, is a button-pusher and he knows how to push buttons quietly to get my daughter riled up.

The noise tends to get the attention.

This sibling squabble ended with my daughter being asked why she tattled on her brother.

Why did you tattle? Why did you get him in trouble? No one likes a tattletale.

All things that have been said to my daughter, many times.

The don’t tattle message is not new. It’s a message we have been telling our daughters for centuries.

The don’t tattle message is most definitely communicated to my daughter more often than it is to my son.

The don’t tattle message is equally as dangerous for our sons as it is for our daughters.

Right now, our society is being bombarded with stories of sexual assault, inappropriate comments and unwanted touching. Every day it seems like a new story is coming out.

Men and women alike are asking “Why didn’t she say something earlier?” “Why did no one speak out?”

Can we not see the confusing message that is being sent to our kids from a young age? In one breath we are telling our kids that no one likes a tattletale; in another breath we are asking why victims don’t come forward.

In our family it has always been very important to us that our kids know that there is nothing they can’t tell us. Nothing. We have worked hard on fostering an open environment in our house where we talk about anything and everything, especially the things that make us uncomfortable.

I don’t ever want my kids to question if they should come to me with an issue or a problem. I think it can be a dangerous message to send to both of my children.

Most of the time when they come whining and complaining I encourage them to figure it out themselves. Sometimes I step out completely and other times I try and help them find a resolution.

But I never shame them or call them a tattletale.

Most of the time when my kids come to me throwing shade about some wrong that’s been committed against them it’s not a major problem. Typically, it’s nothing that they can’t resolve between themselves; who’s turn it is to pick a tv show, who fed the dog last, who started the fight.

But every now and then they come to me because they genuinely need help in finding a resolution. They are still kids. Sometimes, it’s my job is to help them learn how to resolve those issues.

The days of our kids not having a voice are gone.

Selling our kids the message that being a tattletale is a bad thing has led to a culture of silence.

I don’t want my kids to feel as though they are at fault for someone else’s bad behaviour just because they are the one who has outed them.

I don’t want my kids to feel as though they have to stay silent.

I don’t want my kids to be afraid of their own voice.

Because the moment that I make them feel as though I won’t listen to their problems is the moment they stop talking about them.

RELATED: I'm Telling on You: When To Be A Tattle-Tale Parent

My name is Natalie and I am a working mother of two.

Writing is my passion and I use it as a method of self therapy. Gets me through the day to day turbulence of life as a working mother.