Boys will be boys, I thought. 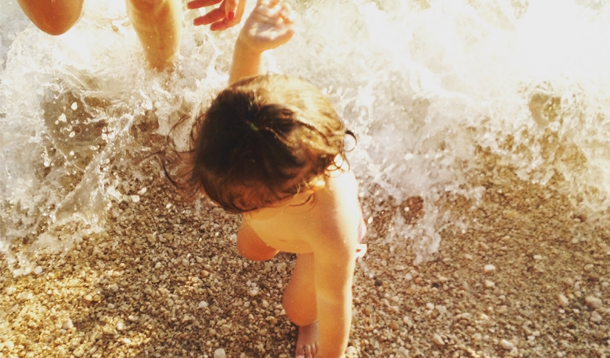 My son is a nudist. At least, he used to be. I don’t have a problem admitting this publicly because nudity—even the full-frontal variety—is still cute and funny as hell at six. But as you get older that sort of exposure is… a different thing entirely. A thing many don’t want to see. I worried that if I didn’t nip my guy’s streaking habit soon, he would turn into one of those guys you see getting hauled off the football pitch in handcuffs.

I realize now that I was partly to blame for my son’s nudity. When he streaked from room to room after his bath, I would laugh. When he shouted, “Mommy, I want to show you something,” yanked down his drawers and proceeded to moon me, I could barely stifle laughter.

Then it was my turn to host a book club. No sooner had I ushered my guests inside, my little boy appeared at the top of the stairs, fresh out of the bath, wearing nothing but his birthday suit. He said hello, then sauntered downstairs and shook each of their hands like a perfect gentleman. A naked gentleman. I forget which book we talked about that night, but suffice to say my son’s appearance left a lasting impression.

Boys will be boys, I thought. Playing with their toys is just what they do. My husband and I have a healthy attitude toward nudity that rests comfortably between puritanical and exhibitionist. My son sees us naked on occasion. It’s no big deal. We’re not shamefaced about it, nor are we parading all day long in the buff. I personally have a healthy respect for clothes and their functionality, yet I have also visited a nudist beach or two in my day. Nudity has a time and a place, the way I see it.

The problem is, my son kept getting those times and places mixed up. Like when we were walking the dog in the middle of winter. He had fallen behind by a few paces. I turned to see him waddling along like Charlie Chaplin, pants around his thighs, in the middle of the sidewalk on a -10C day. For no reason other than he felt like it. Fortunately his winter coat partly covered his privates. A woman getting out of the car was just in time to catch the free show. I may have blushed.

A lot of parenting is like being at sea without a compass, and that’s exactly how I felt about my son’s indecent exposure. It was not a talk I had mapped out in my mind, and yet here we were. I explained that the only places where you should undress is a bathroom or bedroom or some other private area. The last thing I wanted was for him to feel punished or ashamed of his body. Nor did I want him to equate nudity with misbehavior, so I knew I had to tread carefully. My son nodded. He seemed to get it.

Or did he? Not long after our talk, we went on an errand to the Home Depot. We were contentedly checking out bathroom fixtures for our upcoming renovation. Obviously one of the bathroom displays was a little too convincing because my son lifted the toilet seat. Sure enough, his pants were down and I could see the intent so clearly on his face. Oh no you don’t! I raced over just in time, hiked his pants up and hightailed it out of there.

Over the coming months, with the stakes raised, I upped my game. Every time he got naked, I put on my best poker face. I calmly reminded him of the rules then feigned disinterest. I realized part of what he was looking for was an audience, a reaction to his punchline. So I had to stop delivering.

It took time, but I’m happy to report that these days my son’s pants largely stay on. The next time you wander the aisles of Home Depot, spare a thought for me.

It’s not easy raising a nudist.

The author of this story has chosen to share her story anonymously.

RELATED: Why I'm OK With My Sons Seeing Me Naked