Even If It's Not Effective, You Should Consider Getting the Flu Shot

The flu season has more waves to come, and the shot may be more effective against other strains that can be spread. 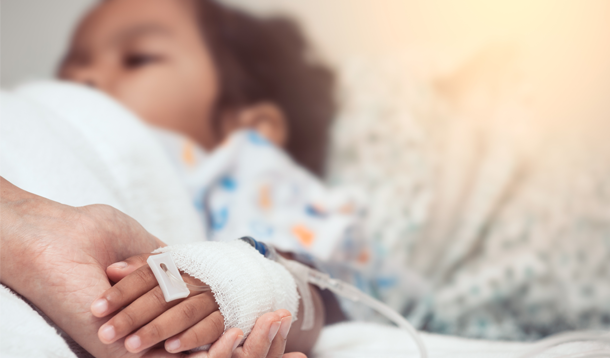 This week, Thomas McGee turned four years old. The celebration had cake. It had balloons. But what it was missing was Thomas’ twin brother Jude. Thomas turned four this week, but Jude is forever two. In May of 2016, Jude died of the flu. His mother continues to tell his story and spread awareness about the flu through her campaign and Facebook page For Jude, For Everyone.

The first strain to get a foothold this year is particularly nasty, especially for children. Nico Mallozzi, a boy from Connecticut, will not be celebrating his 11th birthday this year either. Coupled with this particularly aggressive strain is that the vaccine this year is less effective than previous years, reportedly being 10% effective.

If you are like me, the flu scares the hell out of you. But there are ways to slow the spread and lessen the chances of serious complications, so take a deep breath, and learn the facts about the flu.

What is the flu?

The flu is a serious respiratory virus. While most people recover without incident, serious complications can occur and in some cases, it can be fatal. The flu is responsible for an estimated 12,200 hospital stays and 3,500 deaths. Most people with the flu feel really miserable. What the flu is NOT is a bad cold or a stomach bug.

How can we prevent the spread of the flu?

First and foremost, if you are sick, stay home. The flu can be spread up to six feet just by talking. Jude was infected after someone in his sister’s kindergarten class came to school sick.

Wash your hands. Well, and often. At least eight times a day. Clean common germ collectors like your phones and door handles too.

Avoid touching your face, and cover coughs and sneezes.

Get the flu shot. This is one of the most important steps to slowing the spread of the flu.

Is there a point to getting the flu shot if it is only 10% effective?

The 10% effectiveness refers only to one strain in the shot. The flu season has more waves to come, and the shot may be more effective against other strains that can be spread.

In addition to slowing the spread, even if you do get the flu, the flu shot can help lower the chances of serious complications. This is the main reason my family gets the flu shot.

And at the very least you will know you did everything you could to prevent it.

Is the flu shot safe?

Overwhelmingly, yes. You cannot get the flu from the flu shot. Mild symptoms such as low-grade fever or stuffy nose are from your body having an immune response to the shot, and that is a good thing! The shot takes two weeks to be effective, so if you get the flu immediately after getting the shot, you were going to anyway.

As with any medication, reactions are rare but can happen, just someone can be allergic to anything. It is important to discuss the flu shot with your doctor or pharmacist, but for the vast majority of people, serious complications are very rare.

The flu is here already, is there a point to still getting the flu shot?

YES! The flu is going to be here for several more months, and it only takes two weeks to become effective after the shot. Remember, Jude died in May. It is still important.

What should I do if I get the flu?

If you are experiencing symptoms such as fever, cough, muscle aches, or other symptoms that make you suspect you have the flu, see your doctor immediately. Antiviral medication can be given to lessen the severity of the illness.

If symptoms are severe, go to the ER.

The flu is scary, I get it. But if we all do our part, we can slow the spread, and help prevent serious complications.

For more information, please visit the Government of Canada website.