I Won't Teach My Kids That Swearing is Wrong

Swearing is not always appropriate, but it is not bad. Swearing is a skill. 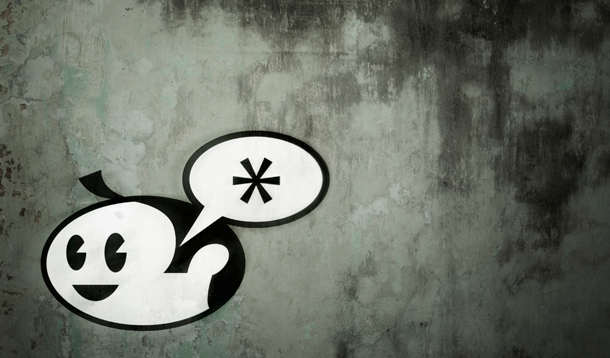 It wasn’t the best thing my three-year-old had ever said. There wasn’t even a spider. At least he was grammatically correct, so there’s that.

While somewhat taken aback by the bold statement coming out of the tiny mouth, I guess I had no right to be shocked. Of course, I don’t condone preschooler swearing, but he had certainly heard the word often enough.

I’m sure many parents would have gasped, pearls clutched firmly in hand, and reprimanded him for his rude words. There’s nothing wrong with that, but that isn’t my approach to swearing. I refuse to teach my children that swearing is bad. Why? Well, for one, swearing is fucking awesome.

No really, it is. I’m a writer. I have a degree in English. Words are kind of my thing. I collect them and savour them like people do shoes, or baseball cards, or Faberge eggs. I love all words – big words, small words, descriptive, complex, simple- give me them all. But some of my absolute favourite words are curse words.

There is nothing quite like a well-placed F bomb. Other words will suffice, it’s true, and I could use them. My nickname in eighth grade was Walking Thesaurus, I do not use swear words for lack of ability to find an alternative. I use them because when used appropriately, they are very effective and often the best word for the job.

Swearing is a skill. You can’t just walk around saying, “I’d like a coffee please, double double and shit.” There is an art to it. Like punctuation, swear words need to be well-placed and used only when necessary. It takes practice and thought to become a cursing connoisseur.

That does not mean that swearing is always appropriate. You should not walk into a job interview, and say, “Fucking stellar office, Sir.” or inform your kindergarten class that today’s weather is “super shitty.” This is not appropriate. It’s not even skilled use of the words.

It is also not appropriate for a three-year-old to say, “Holy fuck, that’s a big spider.” But while swearing is not always appropriate, it is not bad, and I will not tell my kids that it is.

Instead, I tell them that like coffee, or wine, or crossing the street, swearing is something they can’t do until they are old enough to do it responsibly. And it is a responsibility. Words have power, and knowing when to use them and when not to is a skill they need to have before they are permitted to do so. This is part of the reason that I do swear in front of my children – so they can learn when it is okay and when it is not. I model responsible use of coffee and alcohol, and other adult behaviours, why would I not model responsible use of language?

I should note that slurs are unacceptable. Full stop. I do not use slurs, around my children or not, and I will never, ever permit them to do so. I will be fully disappointed in them if they do it as an adult as well. Barring doing so in admonishment, there is no appropriate use of slurs. Once again for the people in the back, slurs are not curse words, they are just wrong.

There is also something to be said for intent. If my child stubbed his toe and said, “Fuck!” he would be told to use a different word, for the reasons mentioned above. If he called his brother stupid (technically not a swear word) he would, well, be in deep shit.

There’s no age at which I deem swearing acceptable. I’m sure if my almost 10-year-old isn’t already doing it amongst his friends, he will be soon, and that’s part of learning your audience. I’d never openly condone it, of course, but the first lesson in swearing responsibly is swear with your buddies, not with your mom. If my kids are anything like I was, starting around age 13 or 14 they will casually let a “damn” slide in, maybe a “hell” to gauge my reaction, and it will evolve naturally. My own mother could make sailors blush, but I still tested the waters carefully.

So, don’t break out the F-bombs yet, my dear boys, but pay close attention – your mother is a fucking master, and you just might learn something.