Why is Consent So Complicated?

Is consent as simple as some would make it out to be, as black and white as yes or no? As a parent, I’m going to go with no. 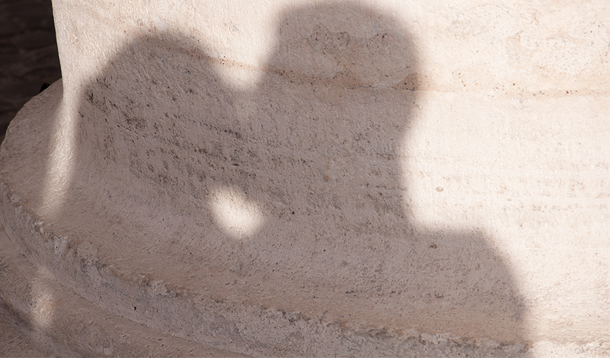 Perhaps you’ve seen a recent YouTube video in which sexual consent is likened to saying yes or no, much as you would if you were offered a cup of tea. When I first saw this video, I thought it was charming and had a clear valuable message—putting the whole notion of consent into very black and white terms for anyone who might be confused. However, in a world of that is increasingly aware of these types of issues and with more people willing to speak up than ever before, rape culture is still a very real thing. It is also notable that in Canada there was no significant decline in the rate of self-reported sexual assault between 2004 and 2014.

This begs the question… is consent as simple as some would make it out to be, as black and white as yes or no? As a parent facing the prospect of educating my kids on the matter, I’m going to go with no.

Consent is about SO much more than verbal agreement

My life is not a verbal play-by-play where the people I meet ask me permission for every interaction. If that was the case, my four-year-old would not be violently jerking my leg right now while I try to work on the laptop. However, I have in real terms (however inadvertently and begrudgingly) consented to this ridiculous act by allowing it to go on for the past two minutes. We provide consent to all kinds of things in all kinds of ways every single day.

If someone put the question to me, “Do you support child labour?” of course, my verbal answer would be no. But what weight does that word hold when, from where I am sitting, I can see a bin full of cheap plastic toys, some inevitably made in factories by children with less than desirable working conditions, sitting on my toy shelf?

People provide consent through action, inaction, body language, life patterns, and the way they choose to spend their money and their time. It’s different when it comes to sex, you say? I beg to differ.

Consent is about SO much more than sex

No means no, but yes doesn’t always mean yes

One word. Coercion. Coercion happens every day even in the most ordinary of circumstances. We say yes to hosting a Tupperware party for a friend even though we’d rather stick a needle in our eye. We get worn down by the incessant asking from our children and turn the tv on just to get some peace. As the ever-watchful and impressionable observants of our behaviours, our kids are building their notion of consent every day from actions such as these. On one end of the spectrum, coercion results in some small personal sacrifice that we can ultimately live with. On the other, it results in rape.

That is a complex variance.

While the adage ‘No means no’ holds true, as parents and educators it may be equally prudent to explore with kids situations in which yes may not necessarily mean yes. Kids may need to identify a personality that lacks the wherewithal to say no, and act accordingly. They may need to navigate complex situations and be sensitive to subtle, non-verbal nuances both in and out of the bedroom. They will need to recognize a ‘yes’ solicited under duress, and most of all, they will need to hone their instincts and ability to communicate their own hard limits. With that said…

Consent is unique between different people and different situations

What is okay in my relationship might not be okay in yours. What was okay yesterday may not be okay today. What was good and desirable with one partner might not be with the next. The key here is to acknowledge the dynamic nature of consent. For kids, this knowledge will ideally already be in place in the relationships that precede their sexual ones. Daddy likes to wrestle. Mommy doesn’t. Parker will hold hands while we jump in the pool. Amy won’t. Sally doesn’t want to play Shopkins anymore.

Consent needs to explored and re-explored.

Consent is about trust in relationships

What I want for my kids is for them to have trust in their relationships. After all, there is no consent where one partner cannot be trusted to heed the limits of the other. For this very reason, I would rather my children never put themselves behind closed doors with someone with whom they don’t have complete trust.

Is that realistic? I’m not sure, but in the meantime, I will do my best to create a trusting space in our home--where my kids are not afraid to voice their needs and limits, verbally or otherwise. I will venture to teach them empathy, to look not only at the words someone is saying, but the way they look when they are saying them. I will find appropriate times to honour their inactivity, their defiance, and their silence. I will allow myself to be talked into going sledding next time. I will heed the word ‘no’ from my husband and say it formidably back to him. I will change my mind without notice or explanation. I’ll tell my kids about that time Daddy booked me a dentist appointment because I was too terrified to do it myself and make sure they know how he took the afternoon off just to sit in the waiting room during a routine check-up. I will say yes with my whole being when I mean it, and I’ll stuff it the next time someone asks me to host a damn Tupperware party.

I will earn trust, extend trust, and because I’m human, probably screw it up from time to time. There’s nothing simple about that.

RELATED: No Means No: Get a YES Before You Get It ON