My kid is turning six, and it’s time for a celebration. There’s only one problem: my kid doesn’t know who his friends are. 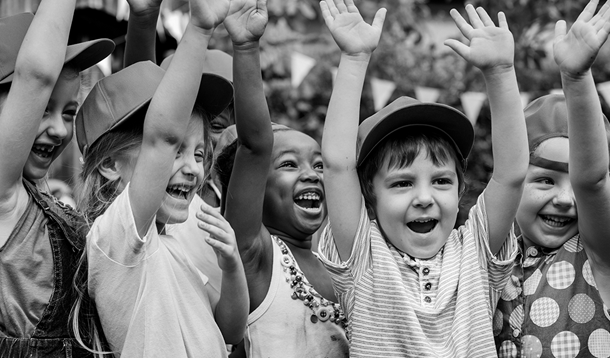 My baby boy is about to turn six years old. Most of my friends in high school and college would probably suggest that my keeping a child alive for six years is a statistical anomaly. I only recently learned that you can’t grow pickles so the idea of me growing a human is insane. But here we are.

Anyway, my kid is turning six, and it’s time for a celebration. There’s only one problem: my kid doesn’t know who his friends are.

I mean, he knows who is friends are. But he’s still a little young to determine the difference between “we play four square” friends and “you get to come to glow in the dark mini golf” friends.

The other day, the parents in the neighborhood were meeting at the corner in the morning as we always do. One of the kids was talking about his upcoming birthday party, where many children would be attending a hockey game together. My son sauntered up and told him that he couldn’t wait to go.

One problem. My son wasn’t invited.

There’s every reason for this child NOT to invite my son. They have NEVER had a play date. They have NEVER once hung out outside of school. They’re not only not in the same class, they’re not even in the same grade. The other child’s reasoning for not inviting my son is “you’re not my best friend,” and he’s totally right.

What we’re asking our son to do is exclude a LARGE number of people from this part of his life. And honestly, that feels awful.

But it’s necessary, right? We can’t take every kid in the school to glow in the dark mini golf. Can we?

Well, probably not. And here’s where the rubber meets the road. How do you encourage a kid to be friends with everyone (and my son needs very little encouragement on this front) while still getting him to narrow down his list of friends to the ones that are “best”?

When I was six years old, my best friend was Frank Jackson. Every day Frank would beat me up in the morning, we’d get recess detention, and then at lunch we would team up and beat up someone else. Oh, and for a period of roughly six months, we performed choreographed NKOTB dance routines on the stage out back of our elementary school.

When I was ten years old, my best friend was a boy named Art James who once convinced me to shave a “small” line in my eyebrow so that I’d “look just like Jean-Claude Van Damme” and is also the main reason I know that you should not put A535 on sensitive parts of your body. Oh, and he once smashed a manhole sized piece of ice over my head.

So how do you plan a birthday party and not make kids cry? Well, you don’t. Probably. But we are working at moving away from the concept of best and towards a general concept of “who are five people you’d like to come to your birthday party?” We’re not asking him to define the quality of his relationships. Those change daily right now.

Our son is loving and caring and has a lot of friends. Who his “best friends” are is something that will take years to fully understand. So, for now, let’s just pick five kids and go mini-golfing.

RELATED: Why We Stopped Throwing Birthday Parties & How We Came to Love it